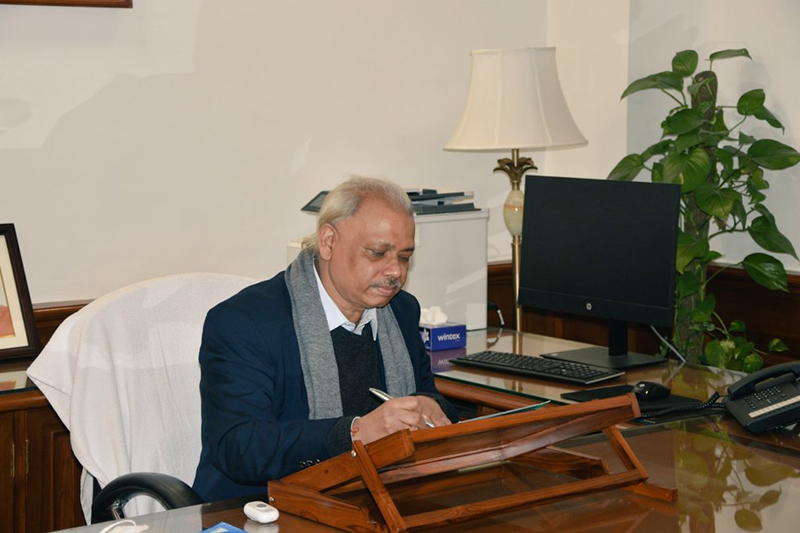 New Delhi/UNI:  Within two years of the adoption of the new definition for MSMEs, and the subsequent launch of the Udyam portal, almost 96 lakh MSMEs, with the employment of 7.34 crore, have registered, Secretary for the Ministry of Micro, Small & Medium Enterprises (MSME) B B Swain said Thursday.

There is tremendous potential for Indian engineering MSMEs to be integrated into the global value chain (GVC) given the manufacturing cost advantage in India, Swain stressed.

Highlighting that marketing is one of the most important aspects in ensuring that MSMEs regain their ground, the Secretary said the Ministry is working on creation of a database on the Global Market Intelligence System.

Speaking at MSME Conclave organised by Engineering Export Promotion Council (EEPC) India, Swain noted the role of engineering goods sector in exports and stated that it is one of the largest industrial sectors in India in terms of turnover, exports, total factories and foreign collaborations.

He said that MSMEs engaged in manufacturing of engineering products are about 29 percent of the 96-lakh registered MSMEs on the Udyam registration portal.

"I see tremendous potential in further growth of this sector and am certain that this will definitely lead to substantial employment generation, and that is something that the Government of India has been focusing on, especially in the post-pandemic era," he said.

"What is noteworthy is that amongst the 7.34 crore MSME jobs, the employment generated for women is more than 1.68 crore," he noted.

Participating in the event, Dr. Srikar K. Reddy, Joint Secretary, Department of Commerce said that the PLI schemes rolled out by the government would provide a major boost in strengthening the local supply chain by attracting investments into new technologies in the emerging and new engineering sectors.

He further said that the government is signing free trade agreements (FTAs) with major partner countries to provide better market access to the Indian exporters.

Dr Reddy said that for the first time, in any FTA, a separate chapter on Micro, Small and Medium Size Enterprises was introduced in the CEPA (Comprehensive Economic Partnership Agreement) with UAE to promote robust cooperation between MSMEs to increase trade and investment opportunities.

He listed out various schemes launched by the government and asked MSMEs to avail the benefits.