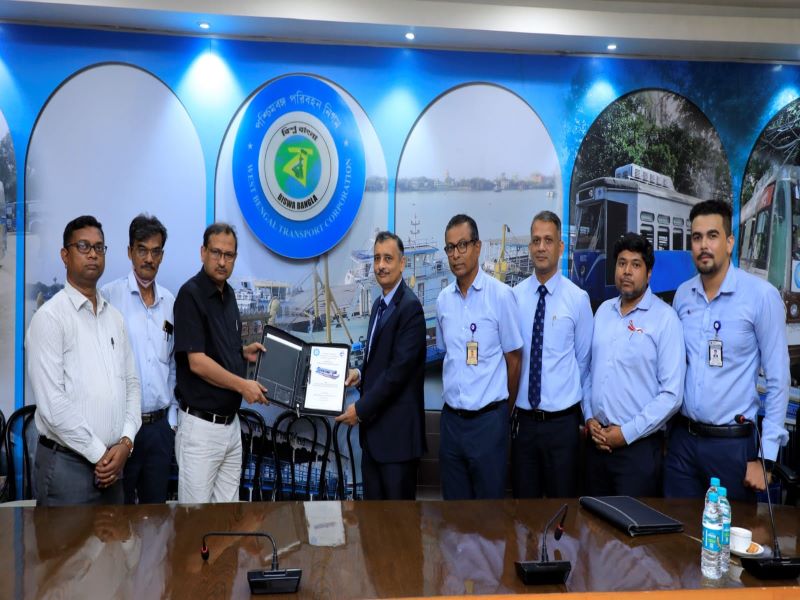 Kolkata: Garden Reach Shipbuilders and Engineers Ltd (GRSE) has signed a contract with the West Bengal government for the design and construction of environment-friendly Next-Generation Electric Ferry.

GRSE Director (Shipbuilding) Cdr Shantanu Bose and West Bengal's Transport Special Secretary Anindya Sengupta signed the agreement in the presence of other senior officials of GRSE of the state government.

"This ‘Green’ vessel has the potential to replace the conventional diesel engine driven ferries operated in Hooghly River. The arrival of the electric ferry will transform the inland water transport system in National Waterway- 1(NW-1) which is being developed from Haldia to Varanasi under the Ministry of Shipping," GRSE said in a press statement.

Under the green initiative and sustainable development of West Bengal, the zero-emission full-electric ferry is powered by a 210 Kilowatt per hour (kWh) liquid-cooled Energy Storage Solution and Ergonomically designed to carry 150 passengers with the provision of Air Conditioning sitting arrangements. 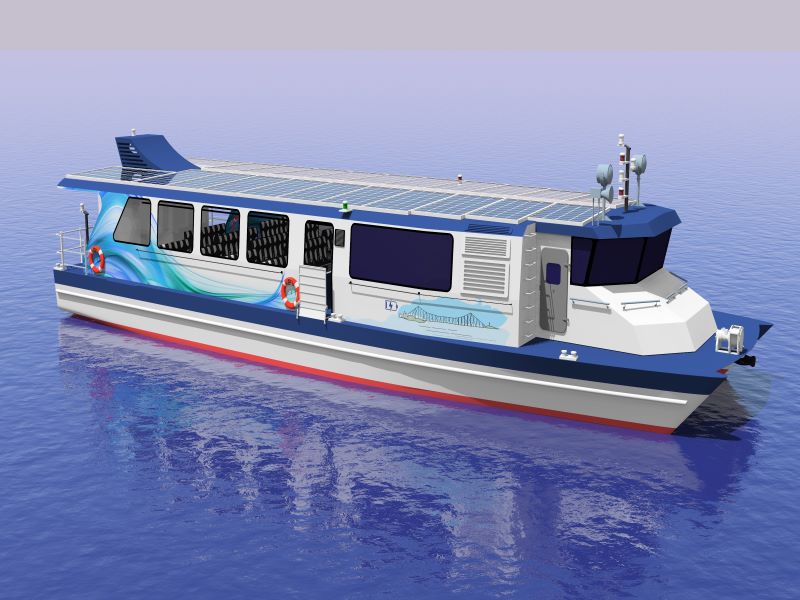 The 24 Meters long Vessel will be built with twin Screw propellers, a catamaran Aluminium hull along with a piercing hull form-fitted with solar panels above the superstructure.

The operating speed of the vessel shall be 8 knots with a maximum speed of 10 Knots.

The ferry is fully designed by the in-house design team of GRSE and is indigenously developed in association with industry experts in the domain.

The hull is optimized for best performance using CFD analysis techniques and will be designed and built to comply with the latest classification society rules related to passenger safety.

On the occasion, GRSE Chairman & Managing Director Cmde PR Hari, IN (Retd)  said, “The project is expected to revolutionize the water transport system in this region and support the country’s efforts to reduce its emission and Carbon footprints, changing the lives of the people in the city. The initiative also demonstrates the GRSE’s capabilities in manufacturing electric mobility solutions under the Make-in-India initiative. We are keen to emulate our success in this green venture in other states with potential for waterways”.

"As part of the Go-green initiative, GRSE has already been promoting the use of electrical vehicles as the company adopted the environment-friendly e-vehicles to create awareness of e-mobility and provide a thrust to ‘Atmanirbharta’ by boosting the confidence of indigenous Electric Vehicle manufacturers," the statement said.

With the emphasis on the export domain, the shipyard is building ships for the Cooperative Republic of Guyana and the Government of Bangladesh, in line with the GoI theme of “Make in India-for the world”, the state-run shipbuilder said.