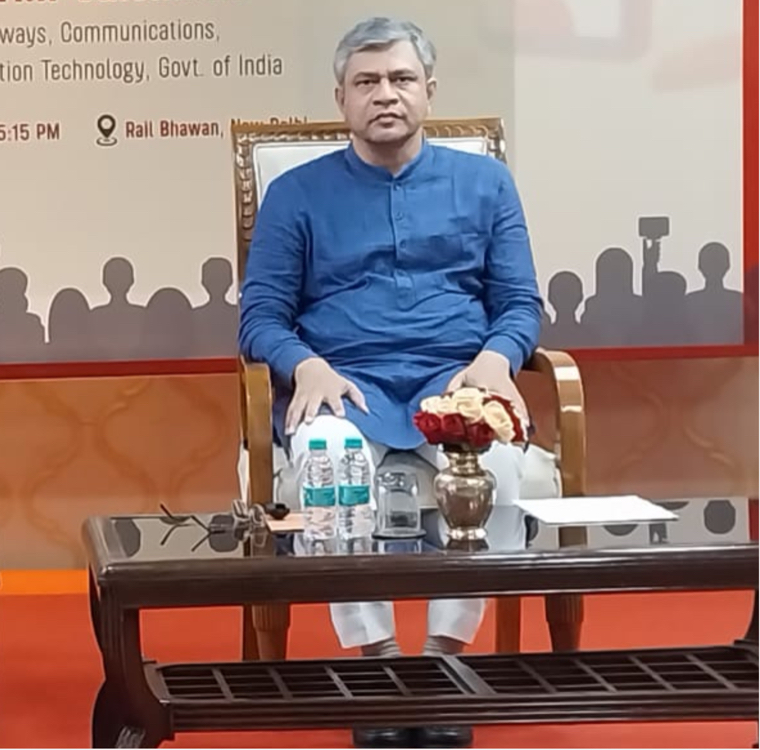 New Delhi/IBNS: Railway Minister Ashwini Vaishnaw on Friday said the new policy of e-auctioning for Commercial earning, Non-Fare Revenue (NFR) contract has simplified the process of tendering by bringing transparency and having no human intervention.

He launched the e-auction for commercial earning, NFR contracts under the ambit of electronic auction through Indian Railway e-Procurement System (IREPS), in line with the prevailing e-auction of scrap sale.

Till now, 24, 771 assets of the Indian Railway have been mapped in the system of e-auction and more are being added, Indian Railways said.

The new changes in the e-auction includes one time registration for bidders and allowance to participate in auctions of any field unit from anywhere, it said.

To help startups and medium scale enterprises, financial turnover criteria has been standardised with no turnover being required for upto Rs 40 lakhs contract estimates, it added.

Highlighting the significance of e-auction, Ashwini Vaishnaw said, “With this new policy, the tedious process of tendering would get simplified.

"Also, it would give opportunities for youth to join the e-auction process. This policy enhances ease of living, promotes transparency and adds to Digital India initiatives in Railways.”

Talking about the simplification through e-auction mechanism, he said, "Earning assets such as AC waiting rooms, parking lots, parcel van, pay & use toilets are now being placed in an e-auction system to end the requirement to visit and register at a division."

Earlier, the same work of winning assets through bidding used to take 6-7 months post the issue of tender, which now will happen in a matter of a few days, he said.

During the pilot testing of the project, 80 earning contracts were finalized collectively fetching 128 crores to the Indian Railways.

For the Gandhidham Junction (GIMB), 24 bids were received with the highest one being ₹ 12,60,000 per annum which is 38 percent above Conventional Bidding Price.