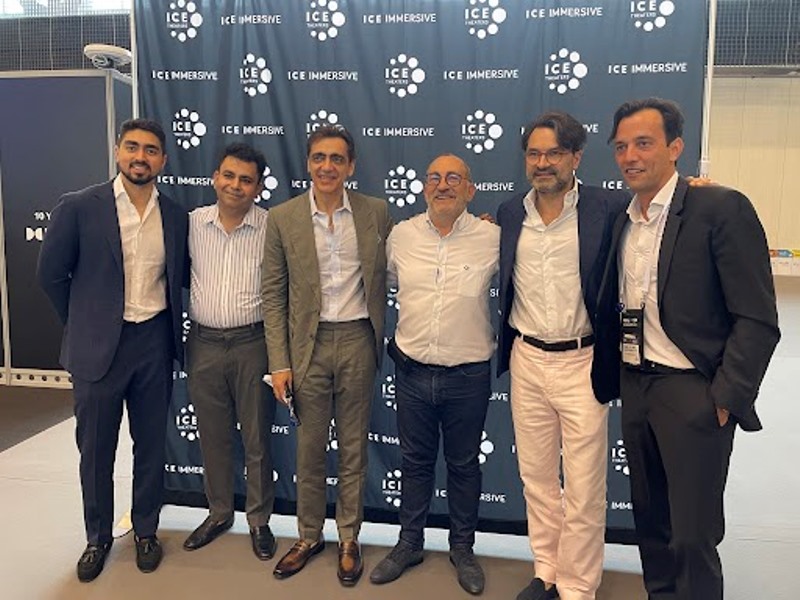 "High-end theatre screen format Ice Theaters is pleased to announce it has reached an understanding with luxury cinema chain PVR Cinemas, India’s largest exhibitor for an exclusive roll-out on the Indian territory," the companies said in a joint press release.

The announcement was made at CineEurope, Barcelona which is the most successful European convention and trade show for Major, Regional, and Independent cinema exhibitors.

The deal entails a long-term relationship, starting with three auditoriums scheduled to open within the next 12 months in Mumbai, Delhi and Bengaluru.

Ice Theaters was created by France’s second-largest exhibitor CGR Cinemas, whose goal was to give birth to a brand-new innovative experience meant to captivate their most demanding moviegoers.

The the Ice Immersive technology offers non-reflecting LED panels, targeting the moviegoer’s peripheral vision from the start to the end of the movie.

After Europe and expanding to Northern America and the Middle East, Ice Theaters is launching its product in Asia, allowing its footprint to broaden significantly.

Chief Executive Officer at PVR Cinemas – The Luxury Collection, Renaud Palliere said, “We are very enthusiastic to be adding the immersive Ice Theaters  solution to our diverse cinema offering in India. We were captivated by the way the side LED panels to enhance the film viewing experience, without taking your sight off the main screen.

"At PVR, we pledge to continuously enhance our guests’ entertainment experience, and so we feel that by bringing Ice Theaters, whose innovative and unique product have already gathered a significant track record in major film markets, to our cinemas is yet another step toward fulfilling our objective .”

Ice Theaters Managing Director Jocelyn Bouyssy added, “We are so unbelievably proud to be sealing this partnership with luxury cinema chain PVR Cinemas. Not only do we feel privileged to be collaborating with such an esteemed and premium exhibitor, this is also the opportunity to take up Bollywood movies post-production. After 5 years of working alongside all Major Hollywood.

"Studios to release their most acclaimed titles in our premium auditoriums, we are thrilled to be expanding our format to the Indian movie-making industry and develop our offer to reach new audiences.”