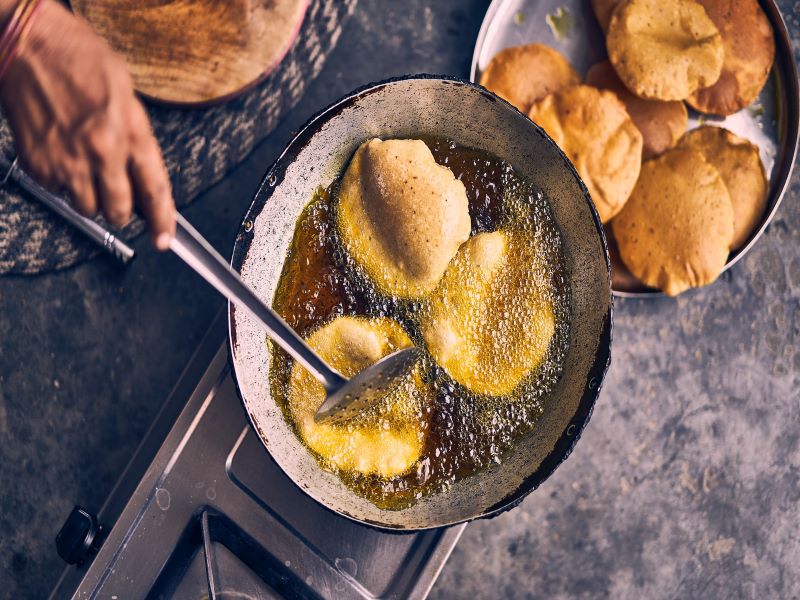 New Delhi:  The Indian consumers can expect to pay less for their edible oils as the wholesale prices and retail prices of vanaspati, soybean oil, sunflower oil and RBD palm olein have decreased over the week following government's intervention, the Ministry of Consumer Affairs, Food & Public Distribution said Wednesday.

All major edible oil brands have cut prices by 10-15 rupees. The falling edible oil prices will help in cooling the inflation as well, said Secretary Department of Food and Public Distribution Sudhanshu Pandey.

This has been possible due to constant monitoring by the department, constant engagement with all stakeholders and multiple interventions by the government, he said.

According to sources, the MRP of Fortune Refined Sunflower Oil 1 litre pack has been decreased to Rs 210 from Rs 220. The MRP of Soyabean (Fortune) and Kachi Ghani oil 1 litre pack from Rs. 205 to Rs. 195. The reduction in oil prices comes in the wake of the Central Government reducing the import duty on edible oils making them cheaper.

The surprise inspections were conducted in Maharashtra, Rajasthan, Gujarat, Madhya Pradesh, Uttar Pradesh, West Bengal, Telangana and Karnataka in phase-I and Phase-II at 156 and 84 entities respectively.

"These inspections had a deterrent impact as the number of defaulting entities decreased in the Phase-II of the surprise inspections. In Phase-I, 53 entities and Phase-II, 12 entities inspected were found to be defaulting on the Central Stock Control Order," said Partha S Das, Joint Secretary, DFPD.

The state governments have been requested to take suitable action under the Essential Commodities Act, 1955 against the defaulting entities as per provisions made in the Act while ensuring that the supply chain is not adversely affected.

In order to control edible oil prices, the government has issued Notification for allocation of Tariff Rate Quota (TRQ) for import of 20 LMT of Crude Soybean Oil and 20 LMT of Crude Sunflower Oil for the financial year 2022-23 and 2023-24 at zero import duty and zero AIDC, the ministry said.

This has been done keeping in view the rising domestic prices of edible oils, average increase in domestic demand and uncertainty/decline in Global Palm Oil availability, it added.

All the above timely interventions taken by the government along with cutting down the import tariff on soybean oil and sunflower oil and the removal of export ban by Indonesia has made an enabling environment for edible oil companies to cut retail prices, the ministry said.

It further added that more price reductions can be expected as the global supply improvements and the operationalisation of the Tariff Rate Quota (TRQ) start reflecting on the landed cost of crude edible oils.

The recent decision of the Government to reduce the excise duty levied on petrol and diesel has further helped in cooling down the prices of all commodities.

The government is closely monitoring the price situation of the edible oils on a day-to-day basis.