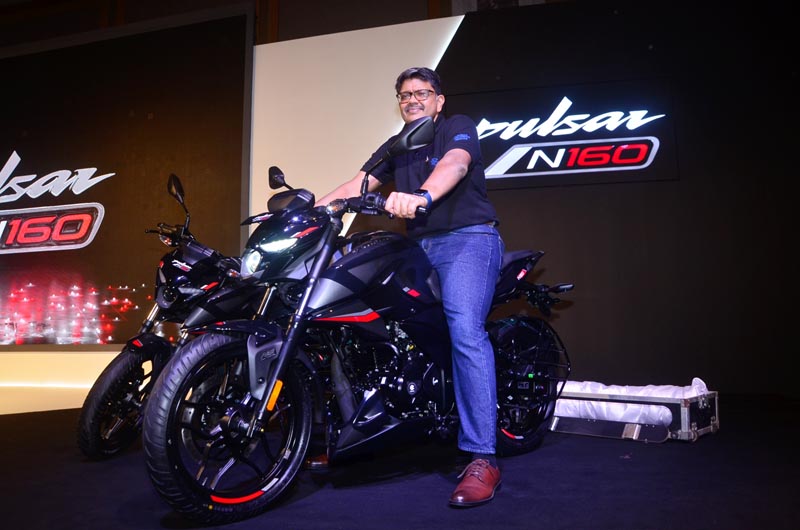 The Pulsar N160 is built on the new Pulsar platform.

The company said the bike had witnessed strong response ever since its introduction with the launch of the Pulsar 250 in October last year.

Equipped with segment-first dual-channel ABS, the Pulsar N160 is set to become a benchmark for performance and control in the entry sports motorcycle segment.

Speaking at the launch event in Kolkata, Sarang Kanade, President, Motorcycles, Bajaj Auto, said, “The Pulsar 250, the biggest ever Pulsar, launched on the new platform in October2021, received a tremendous response from customers, enthusiasts and experts alike."

"We are excited to extend the new platform to the 160cc segment," he said.

"The new Pulsar N160 packs an exciting proposition that is built to deliver the perfect street riding experience," he said.

The Pulsar N160 is powered by a 165cc BS6 engine, which gives superior power and immediate throttle response.

It delivers 16 PS of power and 14.65 Nm of torque with 85% of peak torque available throughout the rev band for an unmatched pick-up and the signature Pulsar rush.

The Pulsar N160 provides the best-in-class tractive effort and enables better passing acceleration in every gear.

The new Pulsar N160 is built on a tubular frame chassis that offers high torsional stiffness for superior handling. Further, the bike is equipped with a new precision-crafted underbelly exhaust system positioned close to its centre of gravity for improved balance.