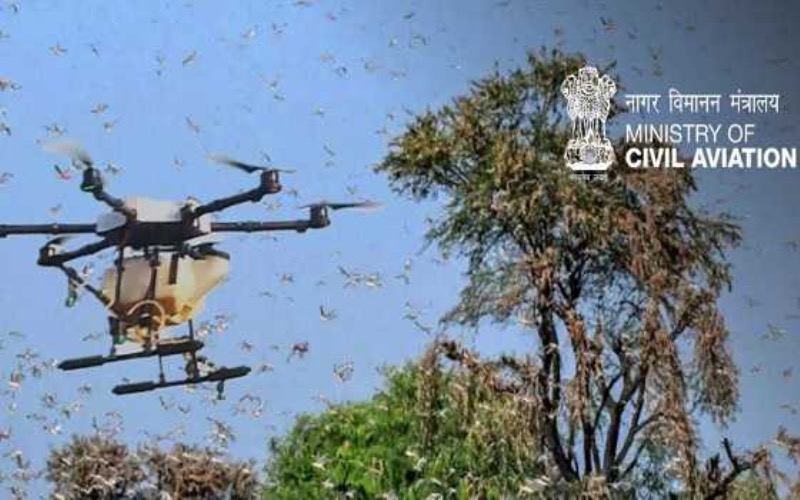 New Delhi/UNI: As many as 742 drones were registered and unique identification numbers (UIN) were issued to them in the month of May, the Civil Aviation Ministry has said in its monthly report.

Terming the new registrations as a very small number, President of the Drone Federation of India (DFI) Smit Shah said that the current figure should multiply by 100 to 1,000 times in coming months.

"Recent policy changes have allowed the registrations to start. The growth we see is just the beginning. We are expecting at least 100 to 1,000 times more growth in the coming months," Shah told UNI.

He noted that the growth is being driven by all the sectors but it was more pronounced in case of agriculture, healthcare delivery, survey mapping and government schemes like SVAMITVA (Survey of Villages and Mapping with Improvised Technology in Village Areas) and Gati Shakti.

Besides a production-linked incentive (PLI) scheme for local manufacturing, the government has barred import of drones (with the exception for R&D, defense, and security purposes) to promote domestic capability in this rapidly growing sector.

The Centre has set a target of making India a drone hub by 2030.

Meanwhile, the Aviation Ministry in its monthly progress report said that under the flexible use of airspace scheme 119 conditional routes have been created by coordination between Airports Authority of India (AAI) and Indian Air Force.

Two new routes under regional connectivity scheme (RCS) commenced in the month of May 2022.