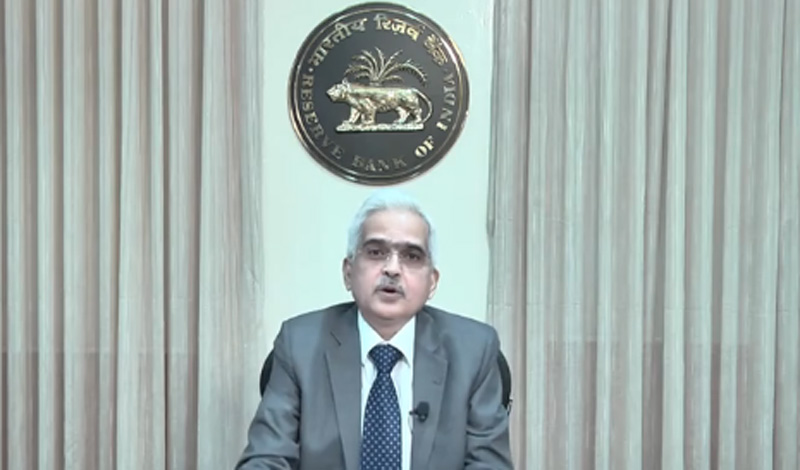 Mumbai: As widely expected, the Reserve Bank of India (RBI) on Wednesday hiked policy repo rate by 50 basis points (bps) to 4.90 per cent with immediate effect.

Repo rate is the rate at which the banks borrow from the RBI.

The Monetary Policy Committee (MPC) or rate-setting panel's decision has come close on the heels of increase in repo rate by 40 basis points in an off-cycle meeting in May.

Following the hike in repo rate, the standing deposit facility (SDF) rate stands adjusted to 4.65 per cent and the marginal standing facility (MSF) rate and bank rate to 5.15 per cent.

"The MPC also decided to unanimously remain focussed on withdrawal of accommodation to ensure that inflation remains within the target going forward while supporting growth," the Governor said.

Das noted that the war in Europe is lingering and the economy is facing newer challenges each passing day which is accentuating supply chain disruptions.

Amid the elevated inflation, crude price volatility and geo-political crisis, economists and market-watchers had expected RBI to hike repo rate in the range of 25-50 basis points.

Governor Shaktikanta Das had earlier hinted that more rate hikes were in the pipeline, saying that expectations of increase in the repo rate was a 'no-brainer'.

In what seems to be a co-ordinated action, the government had last month reduced excise duty on diesel and petrol to provide relief to people by cooling down the prices. It also calibrated duties on raw materials of steel to cool down prices of steel for the local industry.

Both retail and wholesale inflations have surged adding to the woes of common man.

The consumer price index (CPI)-based inflation had touched eight-year high of 7.79 per cent in April, 2022.

The Wholesale price index (WPI)-based inflation has been in double digit for nearly a year now.

Rajni Thakur, Chief Economist, RBL Bank, said: "MPC decisions announced this morning- 50 bps hike in policy rates, resetting inflation projections and no change in CRR- were all broadly along the expected lines. Coming right after an inter-policy MPC in May, which kind of spooked the market a bit, RBI choosing to stay predictable this time will help sooth market sentiments."

"MPC’s CPI projections for FY23 at 6.7% now are more realistic in view of current geo-political uncertainties and their fall outs.  However, with multiple risks on price levels driven largely by external factors, the rate hikes will help anchor inflation expectations and impact the actual inflation outcome to a much lesser extent" Thakur said.

"This also, makes it difficult to gauge a terminal rate level for the cycle, even though, continual rate hike expectations till pre-Covid levels have been firmed up by the fact that Monetary Policy stance has changed from “accommodative with focus on withdrawal of liquidity” to “focus on withdrawal of accommodation”. We now expect a further rate hike of 50 bps in August, taking Repo rates higher than pre-Covid levels, followed by pause to re-access the macro-dynamics and hikes in smaller quantum thereafter pushing year end Repo-rates close to 6% levels," she said.

"Clearly the RBI is concerned about the broad-based nature of the increase in inflation and the risk of the second-round impact on inflation expectations. Therefore, the policy rate is likely to be raised well beyond the pre-pandemic level, close to 6% by fiscal year-end," he said.

"Bond yields saw an initial relief rally post the policy announcement as the rate hike was broadly priced-in and the fear of a larger rate increase or a CRR hike has been alleviated. That said, with elevated oil prices and rising global yields, this rally is likely to be short-lived and yields could march north yet again," Barua said.

Anjana Potti, Partner, J Sagar Associates (JSA), said: “With the retail inflation at 7.79% for April 2022, highest since May, 2014, the recent statements from the Governor, and signals from other major central banks, the hike does not come as a surprise. The only question that remained was  how much of an increase in the short term would address this."

"In the April MPC, the RBI had attempted to buttress economic recovery by maintaining status quo on the rates, only to increase the rates and the cash reserve ratio, through an off-cycle MPC, to control the galloping inflation," the expert said.

"The RBI is fighting an uphill battle in the current geo-political situation to keep the inflation below the benchmark of 6%, which it has missed for the past four quarters. We can expect further  jumps in the in the next few quarters. The recent off-cycle hike has had an  impact on the housing sector which had started picking up after two years of a lull, and this increase is going to dampen the spirits of homebuyers," she said.

"The manufacturing sector will also see a pull back on the numbers as the retail purse strings tighten.   An impact on the stock market is also inevitable. In May, after the surprise increase, the markets also saw a sharp downfall with the BSE falling more than 1,400 points and the NSE settling below 16,700, recording a fall of 391 points, leaving investors poorer by almost 6.27 lakh crores. However, one hopes that the  investors are better prepared for the increase this time," she said.

Bandhan Bank Chief Economist and Head of Research Siddhartha Sanyal said RBI’s decision today to hike the repo rate by another 50 bps to 4.90 percent was only a tad higher than our expectation of a 40 bps hike.

The MPC’s guidance to stay focused on withdrawal of accommodation was well anticipated, he said.

"Given the current inflation dynamics in India and globally, the RBI looks set to continue with frontloading more hikes potentially in August and October MPC meetings, before likely shifting to a lower gear for bulk of H2 FY23. The central bank clearly stays focused on long-term price and financial stability and sustainability of growth," Sanyal noted.