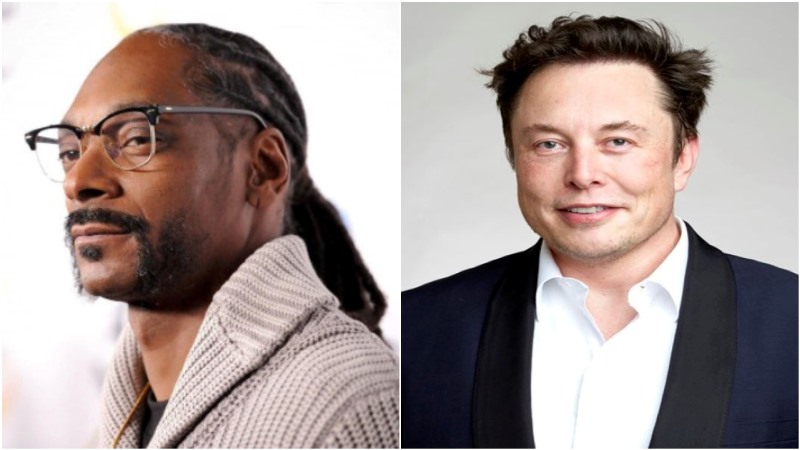 San Francisco/UNI: With Elon Musk putting his acquisition of Twitter on hold, rapper Snoop Dogg joked about the "right time for him to buy the online microblogging social media platform".

"May have to buy Twitter now," Snoop Dogg tweeted without elaborating whether he is really interested in buying the company.

The rapper's tweet prompted a reaction from Elon Musk.

The Tesla owner shared a fire emoji in response to Snoop Dogg's tweet.

Reacting to Musk's reply, Snoop Dogg asked Musk, "You bring the fire, I will bring the smoke."

Snoop Dogg has apparently also figured out his board of directors.

“Gonna replace the board of directors with Jimmy from my corner Fish Fry, Tommy Chung and the guy with the ponytail on CNBC (Pete Najarian),” he wrote.

Snoop Dogg even continued about his big plans to change Twitter, including making the internet free on airplanes, and giving everyone a verified account.

He said that he would immediately give everyone a blue checkmark, “even tha bots with 10 letters in their name that hit you in DMs (and) just say: 'Hello.'”

Snoop Dogg had a few days back also gone gaga about collaborating with super successful boyband BTS. But nothing got off it.

As for the Tesla and SpaceX CEO, his aim in buying Twitter is to free it of spambots and fake accounts.

Musk further wishes to tilt the political balance of the microblogging platform from its increasing left-wing bias to a more central position thus supporting free speech in the truest sense.

If his acquisition is completed, Musk may also re-activate US ex-President Donald Trump's account.

Musk on Saturday said that Twitter's legal team had accused him of violating a non-disclosure agreement by revealing that the sample size for the social media platform's checks on automated users was 100.

“Twitter legal just called to complain that I violated their NDA by revealing the bot check sample size is 100!” Musk tweeted.

Recently, Twitter's board agreed to the social media platform's acquisition by Elon Musk in a deal worth USD 44 billion, although it is still subject to shareholder approval.