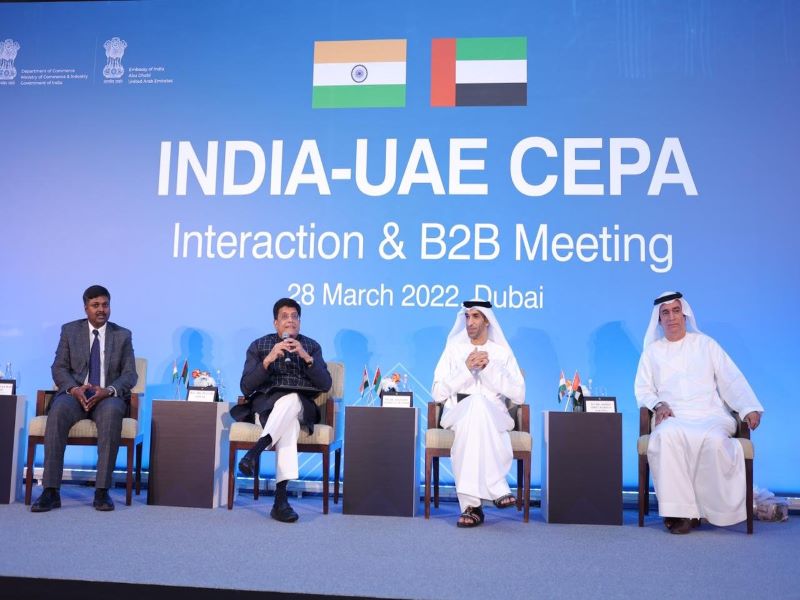 India and UAE should take the bilateral $250 billion by 2030: Piyush Goyal

Dubai/IBNS: The free trade agreement between India and the UAE has ushered in huge opportunities and enterprises of both countries should aim at bolstering the bilateral trade to $250 billion by 2030, commerce and industry minister Piyush Goyal said on Monday.

India and UAE signed the Comprehensive Economic Partnership Agreement (CEPA) in February last and it is expected to come into effect from May 1, he said.

"We should reset our goals and look for much much broader canvas in which this partnership should work and possibly look at going up to USD 250 billion between UAE and India by 2030,” he said here.

Under the agreement, domestic exporters of as many as 6,090 goods from sectors like textiles, agriculture, dry fruits, gem and jewellery would get duty-free access to the UAE.

Goyal also stressed on UAE's role in increasing India's exports in goods and services to $2 trillion as the Middle Eastern country can be the door to tap the European and African markets.