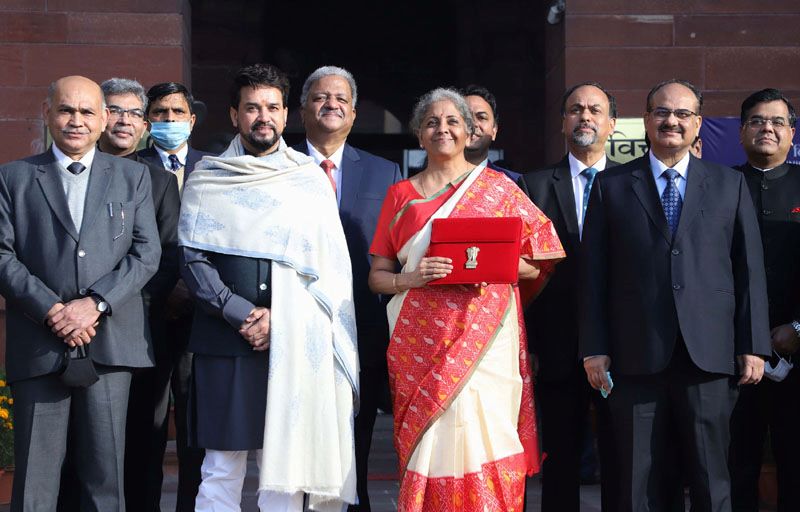 New Delhi/IBNS: Union Budget 2022-23 is expected to come with measures to boost consumption, changes in tax concessions and higher allocation to PLI schemes amid twin challenges of fiscal consolidation and boosting growth, according to FY23 Budget Preview by BOB Economic Research. Further, it pegged the fiscal deficit at 6-6.25 percent in view of these factors along with upcoming state elections and gross borrowing expected to be maintained at Rs 12-13tn, despite higher repayments.

In line with a 13 percent increase in nominal GDP, Centre’s net revenues are estimated to rise by 12.2 percent and spending is also likely to increase by 4.5 percent in FY23.

"Assuming that a large part of disinvestment target for FY22 will be met, we expect only Rs 750bn as disinvestment in FY23. Next year too, most of the fiscal deficit will be financed through market borrowings," said the Budget Preview released by Bank of Baroda (BOB) Economic Research .

In FY21, the government had set a disinvestment target at massive Rs 2.1 lakh crore but couldn't reach anywhere near as it fell short by Rs 1,78,000 crore.  In FY20, a divestment target of Rs 1.05 lakh crore was set but the Centre missed the target.

Therefore, gross borrowing is unlikely to go down, it noted. "This is likely to put pressure on the yields (10 year currently at 6.6 percent) which are expected to touch the 7 percent mark in FY23, albeit in a gradual manner. Interest cost is likely to be ~Rs 9.3tn in FY23 against Rs 8.1tn in FY22BE."

The gross tax revenue to GDP ratio is expected to remain broadly unchanged in FY23 (10.1 percent) compared with FY22 (10 percent).

The upcoming budget may focus on increasing the standard deduction of the salaried class by Rs 50,000, the preview noted.

Apart from this, increased allocation for the PLI scheme and Covid booster shots is also expected.

ECLGS scheme may also be expanded especially for sectors severely hit by the pandemic.

A waiver of capital gains tax will also be a welcome move as it would help India’s inclusion in the global bond index.

"Overall, we expect a balance of consumption and investment-centric policies," it said.