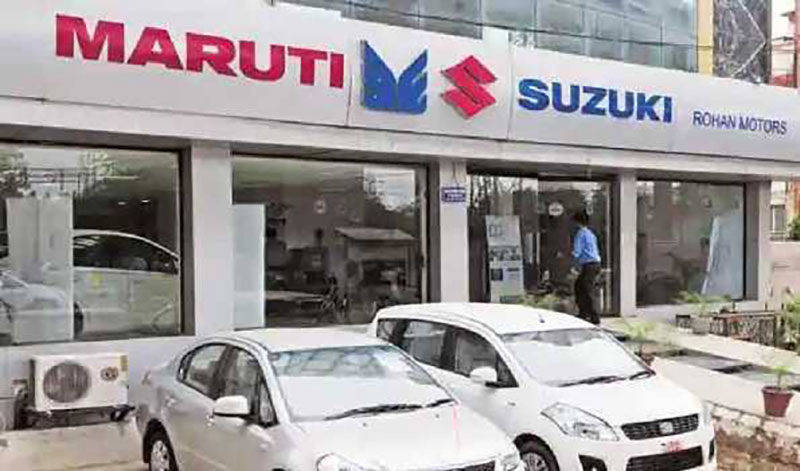 Mumbai/UNI: India's largest carmaker Maruti Suzuki India on Tuesday reported a 40.35 per cent decline in consolidated net profit for the quarter ended December 31, 2021 at Rs 1313.6 crore mainly on the back of lower sales volume and higher commodity prices.

The company had reported a consolidated PAT of Rs 2202.3 crore in the corresponding quarter last fiscal.

Its revenues from operations declined marginally to Rs 22186.2 crore during the period under review from Rs 22241.1 crore in Q3 FY21, the company said in a regulatory filing.

"Despite cost reduction efforts, due to lower sales volume, high commodity prices and lower non-operating income on account of mark-to-market impact, the (standalone) net profit in this quarter was Rs 1011.3 crore compared to Rs 1941.4 crore in the same period previous year," it said.

According to the company, adverse commodity prices, lower sales volume due to electronic component shortages and lower non-operating income have impacted the margins.

The company's production was constrained by a global shortage in the supply of electronic components because of which an estimated 90,000 units could not be produced, it added.

The company, however, noted that there was no lack of demand as the company had more than 240,000 pending customer orders at the end of the quarter. MSI noted that though the electronics supply situation is improving gradually, it is still unpredictable.

"The company hopes to increase production in Q4, though it would not reach full capacity," it said. During the quarter, it clocked its highest ever exports at 64,995 units as compared to 28,528 units in Q3 FY21. "This was also 66 per cent higher than the previous peak exports in any Q3," the company said.

The company noted that the current financial year has been unique owing to an unprecedented global crisis caused by the pandemic and electronic component shortages.