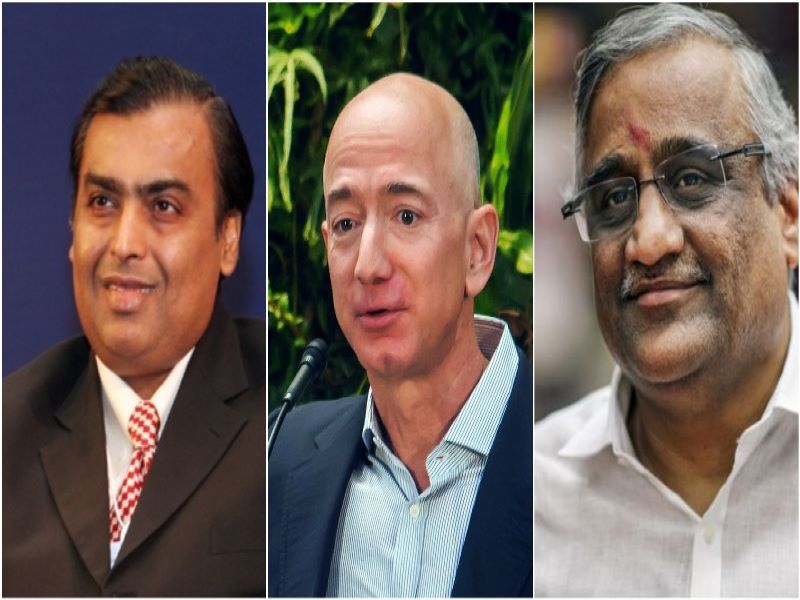 New Delhi/IBNS: In a major setback to Future Group, the Delhi High Court has dismissed the pleas filed by Future Group of companies to terminate the arbitration proceedings with Amazon going on in Singapore International Arbitration Centre, media reports said.

Kishore Biyani’s Future group had approached the Delhi High Court seeking direction for the Singapore tribunal to hear termination application ahead of the scheduled hearings in the arbitration case.

Citing Competition Commission of India's (CCI) suspension of Amazon's deal with Future Group after reviewing complaints that US-based e-commerce giant concealed information while seeking regulatory approval, Future group argued that the agreement that included the clause for the arbitration proceedings itself is rendered invalid. In the same breath, it added that the ongoing legal proceedings would be irrelevant, Money Control reported.

Opposing Future's arguments, Amazon said that arbitration and the underlying contract are independent of each other. Also, Amazon said, it has legal options, such as appeals, available against the CCI order.

The case was heard for three hours on January 3 owing to the urgency in the case cited.

The court reserved its order to be delivered on the following day, just ahead of the scheduled dates set out by the Singapore International Arbitration Centre for its meeting to carry out the arbitration proceedings in the case.

The tribunal is set to meet between January 5 and 7 to proceed with the hearings in the case for deciding the quantum of damages that the Future group would be liable to pay to Amazon.

Earlier, the court found Future Retail Ltd to be a valid related party to the contractual arrangement entered into between Amazon and Biyani-led Future Coupons. Following this, the court is now tasked with ascertaing the quantum of liability.

The Future group petitioned the high court to have the arbitration proceedings terminated altogether for the same but to no avail. Future Group's attemp to convince the Singapore tribunal about the same also failed.

Future group's counsel called this “defiance of Indian law” and “defiance of the CCI order”, making a fervent case for the arbitration to be terminated, the report stated.

Future Retail claimed that it was not bound by the deal between Amazon and Future Retail’s promoter firm.

Future Retail's asset sale to Reliance Retail was stayed by Singapore arbitrator in October 2020 and the validity of this order was finally affirmed by the Supreme Court in August 2021.

Meanwhile, Future Group moved the CCI seeking the cancellation of the anti-trust regulator's approval to its deal with Amazon on grounds that the US-based e-commerce giant concealed information while seeking regulatory approval.

Amazon said its 2019 deal with Future Group prevents it from selling the shares of Future Retail to RIL, its biggest rival in India, as the world's biggest e-commerce platform indirectly owns about a 3.5 per cent stake in Future Retail. Future denies the allegations.

On October 25, 2020, Amazon won an injunction to halt the sale from a Singapore arbitrator that both the entities had agreed to use in case of dispute.