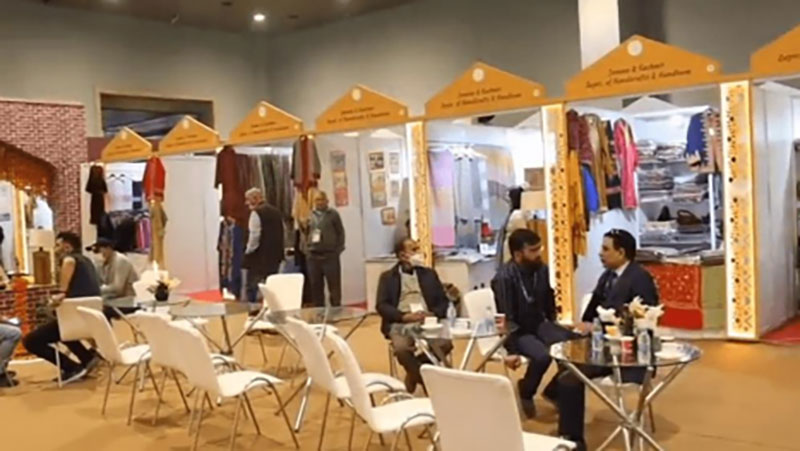 Srinagar/IBNS: Thousands of people gathered in the Jammu and Kashmir pavilion during the India International Trade fair, which started on November 14 and concluded Sunday at Pragati Maidan, New Delhi.

65 stalls were present in the J&K Pavilion to promote handicrafts and handloom of both the regions.

Apart from that, various departments of the union territory have also participated in the fair.

“The main attraction of the day was the mesmerizing cultural bonanza presented by the artists of Jammu and Kashmir Day on November 23. The programme depicted the richness of diverse cultural ethos of J&K which attracted huge applause from the audience," a press note said.

“The pavilion attracted around 3.5 lakh people during the 14 day event in which almost all the products of the Jammu and Kashmir, including handicrafts and handloom were put on display and sale.

"Live demonstration of arts and crafts was also organized at the pavilion by the Directorate of Handicrafts,” the Jammu and Kashmir Handicrafts Employees Union (JKHEU) President, Suhaib Munshi, said.