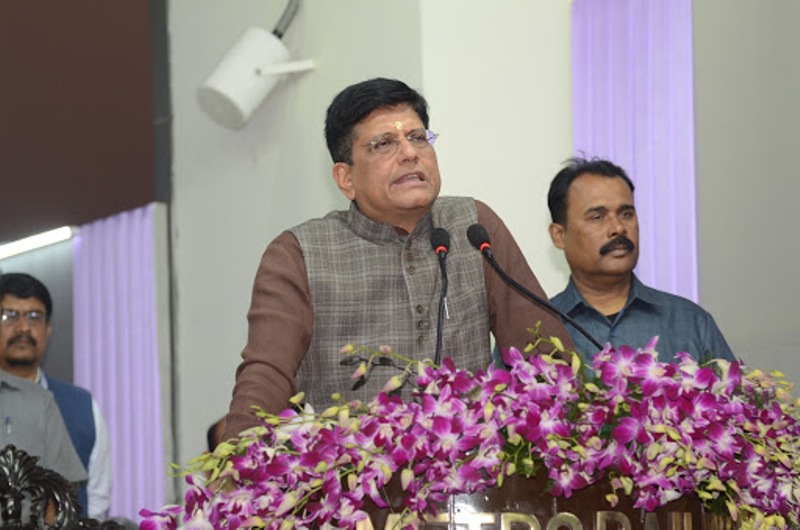 New Delhi/IBNS: Union Minister of Commerce & Industry, Consumer Affairs & Food & Public Distribution and Textiles, Piyush Goyal has termed the Insolvency and Bankruptcy Code (IBC), 2016 as a “gamechanger reform” that has been the most successful law in insolvency resolution in the country.

Addressing the 5th Foundation Day function of the Indian Institute of Insolvency Professionals of ICAI (IIIPI) here on Thursday, he hoped the faster Insolvency Resolution enabled by the IBC will eventually pave the way for banks to bring down the ‘Cost of Credit’.

“Since the enactment of IBC, India’s rank in ‘Resolving Insolvency’ indicator in World Bank’s Ease of Doing Business Report has seen a meteoric rise of 84 places! Our recovery rate has also dramatically improved from 26 (cents on dollar) to 71.6 (cents on dollar),” he said.

Goyal said the IBC has brought about a marked shift in attitudes of lenders and borrowers, acting as an effective deterrent against unscrupulous borrowers and imparted banks the tool to follow due diligence and confidence about recovery.

The Minister said, in view of the Covid crisis, the Government suspended the IBC for a year, from March, 200 to March, 2021.

“This helped India bounce back much faster. The economy is doing well and five years down the line the outlook looks very, very bright.”

Goyal said the IIIPI members are serving the nation’s interest by saving businesses and entrepreneurship in the country. “This has a big impact on ‘Saving Jobs and Reviving companies’ and by creating new banking opportunities.”

Stating that the IIIPI being the largest body of such professionals in the country, it has a fiduciary duty cast on its members and has a three-pronged roles to play, - legislative, executive and quasi-judicial.

He called upon the CAs to use technology in resolution of bad loans, look at new innovative ideas and set benchmarks.