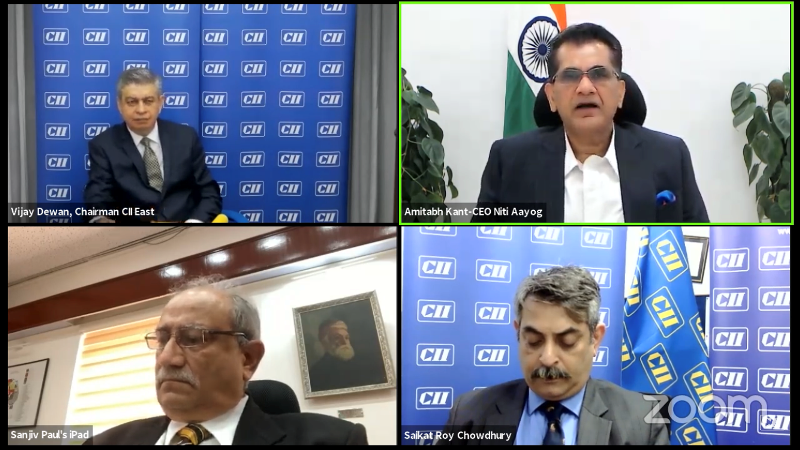 Kolkata/IBNS: NITI Aayog CEO Amitabh Kant Tuesday said the Indian government is fully committed to ensure all measures are taken towards enhancing the progress in the eastern and northeastern region of the country.

Kant said this while addressing the East India Summit organised by Confederation of Indian Industry (CII).

He said, "The eastern and northeastern region of India represent one among many biodiversity, rich, geographic entities. The region is endowed with rich, natural resources, a very vibrant culture and unique geographical endowments.

"While there has been progress, this region is yet to achieve its full social and economic potential. The Government of India is fully committed to ensure all possible measures are taken to facilitate and enhance this progress."

Though Kant said the region is lagging behind in contributing to the country's growth rate, he named Tripura, Sikkim, Bihar and West Bengal as the only states to show a positive growth in the last fiscal years despite facing COVID-19 pandemic and subsequent lockdown.

"In 2019-2020 when the entire country witnessed slowdown, Mizoram achieved the highest growth rate of 13 per cent, followed by another small northeastern state of Tripura with nine per cent growth. In fact, Tripura, Sikkim, Bihar and West Bengal are amongst the only few states which have recorded a positive growth rate in 2020-2021," the NITI Aayog CEO added.

The summit was held in creating a sustainable infrastructure roadmap for east and northeast India linking global investments with a special focus on ports, railways, aviation and future mobility.

Reasoning out the poor growth in this region, Kant said in the summit, which was held virtually, "The primary reason for constrained growth of this region despite its strategic advantage in terms of its location and rich natural resources can largely be attributed to insufficient infrastructure in the region, particularly in the area of connectivity leading to high operational costs for business, trade and commerce.

"The Government of India is laying a lot of emphasis on this. For economic growth in any region, good quality infrastructure, transport infrastructure in particular and connectivity are important elements to ensure mobility of people and efficient movement of goods."