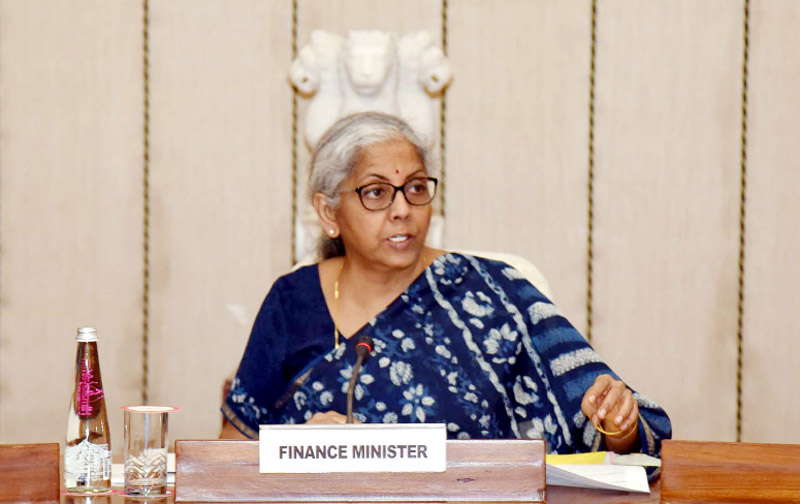 Mumbai/UNI: Stressing the need for bigger banks in the country, Finance Minister Nirmala Sitharaman on Sunday said that India needs 4-5 banks of the size of State Bank of India (SBI) in the wake of new requirements.

"The way in which the economy is shifting to a different plane altogether and the way industry is adapting, many new challenges are risen. It came to fore that India needs not only more, but bigger banks," Sitharaman said while addressing the Annual General Meeting of the Indian Banks' Association (IBA).

"India needs four or five more SBIs, we need to scale up banking to meet changing requirements in light of shifting recent realities of economy and industry. I want you to think how Indian banking has to be in the immediate and long-term future," she said.

The Minister also advised the banks to keep themselves upgrading to serve the customers better.

"Technology ages fast, what we think is latest today will be outdated in a year or so, we have to thus acquire resources to constantly update yourselves," the Finance Minister told bankers at the 74th Annual General Meeting of the IBA.

She exhorted IBA to do digitized location-wise mapping of all bank branches for every district of the nation.

While stating that almost two-thirds of nearly 7.5 lakh panchayats have optical fibre connection, the Finance Minister said that IBA should conduct an exercise to decide where banks should have a physical presence and where they can serve customers even without physical branch.

Sitharaman also advised banks to accord due priority to customers engaged in exports as it was crucial to achieving exports target.

"If emphasis in the government is for exports and if this is the kind of target, US$ 400 billion within a year, it cannot happen unless banks are going to be nimble. Identify your export customers. Make sure you understand nature of their business. Make sure (you understand) the countries to which they are exporting and therefore you have to have a lot more understanding of each of the businesses," the Finance Minister said.

She noted that government has set an export target of US$ 2 trillion by 2030, out of which $ 1 trillion is merchandise exports and US$ 1 trillion is service exports.