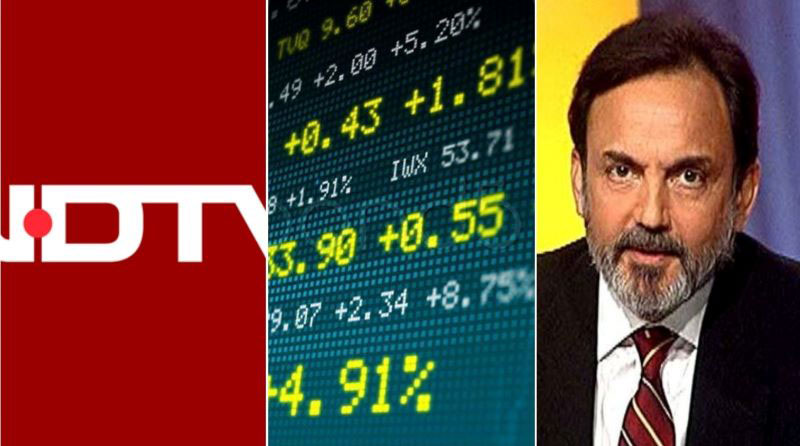 New Delhi/Mumbai/IBNS: The shares of New Delhi Television or NDTV rallied for two days from Monday over a rumour claiming the buyout of the English news channel by the Adani Group, media reports said.

The rumour started after reports claimed that Adani Group, an Indian conglomerate believed to be close to the ruling Modi government that NDTV is apparently believed not to be very editorial in good books, was looking to acquire a Delhi-based media house.

Following the report, many speculated the media house would be NDTV, run by Prannoy Roy and Radhika Roy.

After the Bombay Stock Exchange (BSE) sought a clarification from the organisation, NDTV said in a statement, "The Founder-Promoters of the New Delhi Television Limited (“NDTV/the Company”), Radhika and Prannoy Roy, who are both journalists, are not in discussions now, nor have been, with any entity for a change in ownership or divestment of their stake in NDTV.

"They individually and through their company, RRPR Holding Private Limited, continue to hold 61.45% of the total paid-up share capital of NDTV."

"NDTV has no information on why there is a sudden surge in the stock price," it added.

Despite the denial, the prices of its shares soared Tuesday.