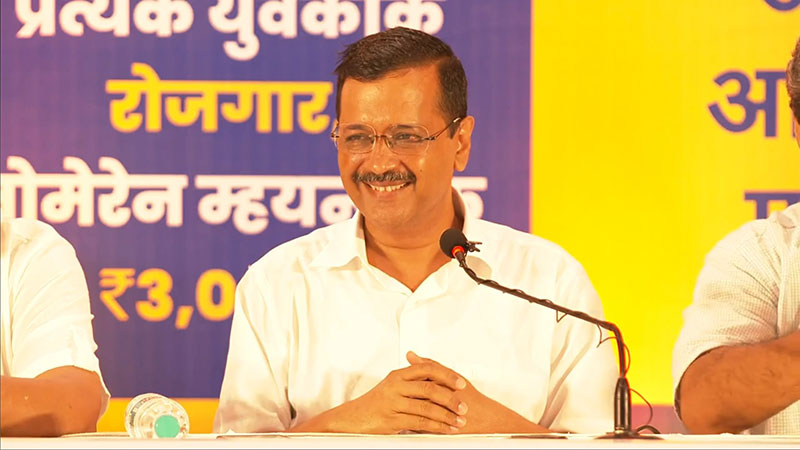 Panaji/IBNS: Delhi Chief Minister and Aam Aadmi Party (AAP) supremo, Arvind Kejriwal, has made seven new promises to the people of Goa, where the party is taking on the ruling Bharatiya Janata Party (BJP), months ahead of the next assembly elections.

Addressing the media, Kejriwal said, "We have made an elaborate plan consulting people of the state and as per the requirements of the public."

"Last time when I had announced free electricity, people had asked about the source of the funds. The same question was asked by the Delhi media in 2015 as well while we formed the government.

"We stopped corruption and the money was utilised to give free electricity to the people of Delhi," said the AAP chief.