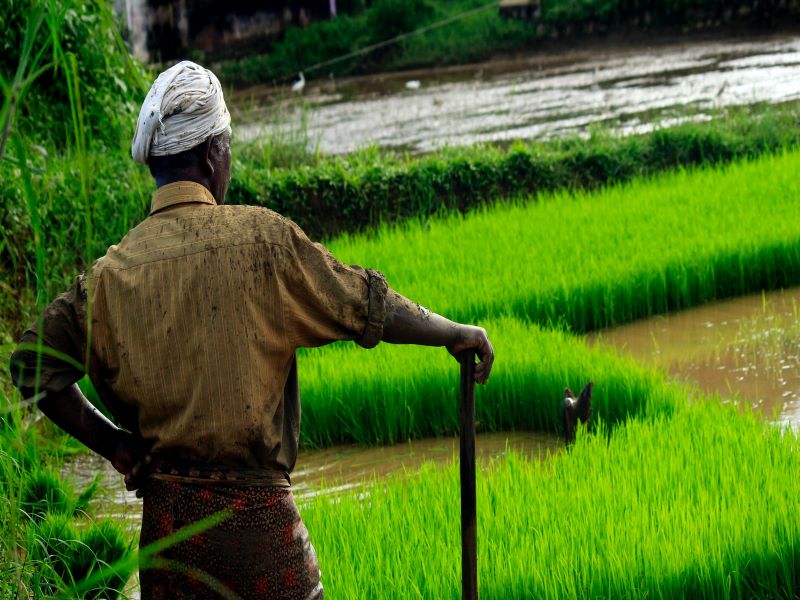 New Delhi/IBNS: In a bid to increase farm productivity and ensure food security, the government has embarked on an ambitious productivity drive aimed at transforming the country's agricultural industry, according to a media report.

Technology giants Amazon.com Inc., Microsoft Corp., and Cisco Systems Inc. are lining up to harness data from India's farmers, according to a Bloomberg report.

Prime Minister Narendra Modi's administration has signed preliminary agreements with the three U.S.-based companies and several local businesses since April to share farm statistics it has been collecting since coming to power in 2014, the report said.

Under the agreement, the big tech companies help the government in developing proof of concepts to offer tech solutions for farm-to-fork services, which farmers will be able to access at their doorstep, stated Bloomberg report.

The private sector can help farmers multiply yields with apps and tools developed from information such as crop output, soil quality, and landholdings.

If beneficial, firms would be able to sell the final product to the government and also directly to growers and the solutions would be scaled up at the national level, the report stated.

PM Modi is trying to bring in long-due reforms to give a makeover to a farm sector India's half of 1.3 billion people are employed and contributes nearly a fifth of Asia's third-biggest economy.

The government is hoping that the project would succeed and boost rural incomes, cut imports, reduce some of the world's worst food wastages with better infrastructure, and eventually compete with exporters such as Brazil, the U.S., and the European Union, according to the report.

Ernst & Young estimates that India's agritech industry, which has a current penetration of only 1%, has the potential to reach about $24 billion in revenue by 2025, the report said.

It is also a chance to deploy networks, artificial intelligence, and machine learning in a developing country, the report stated.

E-commerce firms such as Amazon and Reliance, securing an uninterrupted supply of farm produce could help crack a groceries market that accounts for over half of the $1 trillion in annual retail spending by Indians, it said.

Microsoft has already selected 100 villages to implement AI and machine learning and create a platform, according to Bloomberg.

Amazon has already initiated offering real-time advice and information to farmers through a mobile app. The tech giant is offering cloud services to solution providers, it added.

However, representatives at the India offices of Microsoft and Amazon didn't respond to emails seeking comment, it said.

One of the Indian agritech companies involved with the project, Star Agribazaar, whose co-founder Amit Mundawala calls the project a "game-changer," will collect data on agri land profiling, crop estimation, soil degradation, and weather patterns, the report informed.