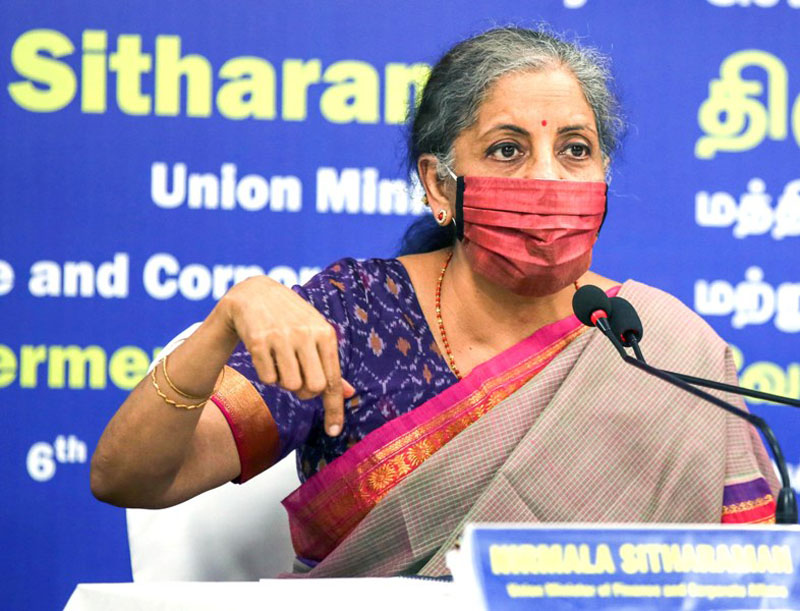 'Not right' : Nirmala Sitharaman on article accusing Infosys of 'conspiracy'

New Delhi/IBNS: Finance Minister Nirmala Sitharaman has said the article in RSS-linked weekly magazine "Panchajanya" alleging anti-national conspiracy behind the glitches in the tax-filing website operated by Infosys was "not right", according to media reports.

A four-page cover story in an edition of the magazine on Infosys asked whether an 'anti-national power is trying to hurt India's economic interest through it'.

"That wasn't right. I think they have also made a statement distancing themselves from whoever wrote it. I think that's not called for and rightly people have withdrawn from it. It wasn't right at all," Nirmala Sitharaman told CNN-News18 in an interview.

The Finance Minister also said the government is working with Infosys to resolve the issues.

"I had called them twice and also drew the attention of Nandan Nilekani. They are working together with us and are also being helped by the Institute of Chartered Accountants. We have also brought in some tax experts to work with them. I am hopeful that Infosys will give us the product," she said.

In August, finance minister Nirmala Sitharaman held a meeting with Infosys CEO Salil Parekh and expressed deep disappointment over continuous disruptions on the new Income Tax portal developed by the company and gave him a deadline of September 15 to resolve all the glitches.

Sitaraman summoned the Infosys CEO after the portal was shut for two days continuously.

Sitharaman also sought an explanation from Infosys over the repeated issues faced by the taxpayers while using the sites.

RSS had distanced itself from the article that made the allegations.

RSS spokesperson Sunil Ambedkar tweeted that the views expressed in the article were of the author's and do not represent the organisation's views.

"As an Indian company, Infosys has made a significant contribution to the progress of the country. There might be certain issues in the operations of the portal run by Infosys but the article published by Panchajanya in this context only reflects the author's individual opinion," Ambekar said.

"Panchajanya is not the mouthpiece of the RSS and Rashtriya Swayamsevak should not be linked to the opinion expressed in the said article," he added.

Infosys was selected in 2019 to develop the new taxpayer-friendly portal with the objective to shorten the processing time from 63 days to one day and to provide users with a smooth and hassle-free return filing experience.