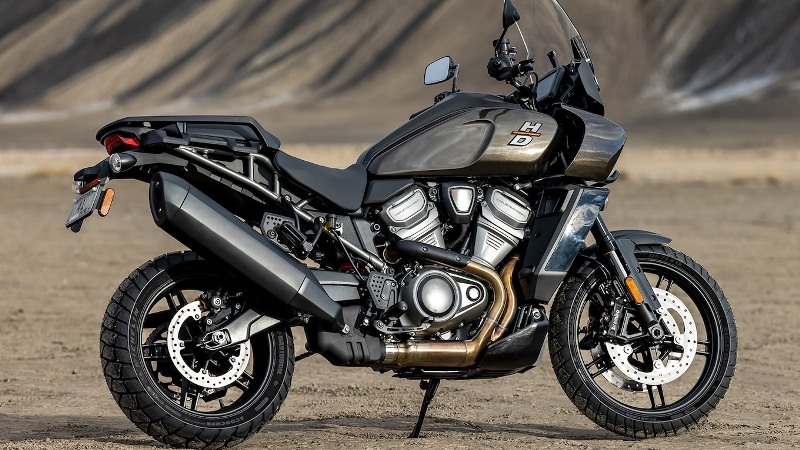 New Delhi/UNI/IBNS: The two-wheeler giants Harley-Davidson and Hero MotoCorp on Sunday said bookings for the next lot of adventure tourer bike Pan America 1250 have been opened after the first batch of motorcycles was completely sold out.

Available as 'Completely Built-up Units' (CBU), the adventure touring motorcycle can be booked at all Harley-Davidson dealerships in India.

Sajeev Rajasekharan, Managing Director of Asia Emerging Markets and India, Harley-Davidson, said, “We are excited for Harley-Davidson fans and motorcycle enthusiasts in India to experience the Pan America 1250.”

The new Harley-Davidson Sportster S will be the next model to be launched in India towards the end of the year.

Bookings for all the 13 existing models and the Sportster S are currently open.

After announcing their departure from the Indian market, Harley Davidson assigned Hero Motocorp to take over the exclusive distribution rights of the American major's motorbikes, parts and other merchandise.

The all American two-wheeler brand Harley-Davidson and the largest two-wheeler maker in the world Hero MotoCorp have expanded touchpoints and service centres for customers.

The Indian company now has an expanded network of 14 full-fledged dealerships and seven authorised service centres across the country, for Harley-Davidson customers.

“With the Harley-Davidson India dealer network now fully operational, our next objective is to resume the H.O.G (Harley Owners Group) events. We are gearing up for the next annual Rally to be held in Goa between February 3-5, 2022," said Ravi Avalur, Head, Premium Segment Business Unit, Hero MotoCorp.