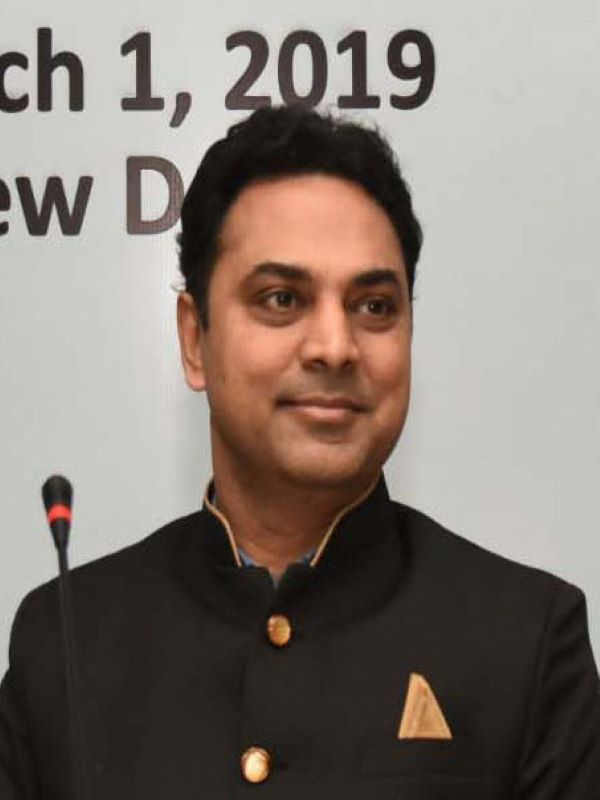 Policy reforms in last one and half years driven by hope: Govt's Chief Economic Advisor

Kolkata/IBNS: Government choices are clearly driven by hope at a time when the economy is coming back to normal, according to Government of India’s Chief Economic Advisor Dr. Krishnamurthy Subramanian.

"If you see the reforms and seminal reforms that have been done over the last year and a half you will see clear signals that the policy reforms the government has taken are clearly driven by hope, even as a lot of commentary seems to be driven by excessive fear," he said at the 2nd national e-conclave on Productive Use Of Financial Resources “Roadmap For Economic Rebound” organized by ASSOCHAM.

Dr Subramanian said that he had suggested a V shaped recovery after the first quarter numbers that showed a 24 odd percent decline.

“We are very glad to note a V shaped recovery in economic growth. As a matter of fact India is the only country among large countries, which have had two consecutive quarters of growth,” he said.

There are few sections, which are poorer and MSME seems to be more impacted, he said.

"But for most of these sectors unlike the organized sector distress does not come from the balance sheet. Once the economy starts coming in good shape and they have access to labour for production they immediately start," he noted.

G. Mahalingam, Whole-Time Member, Securities and Exchange Board of India also spoke at the e-conclave.

During the difficult Covid times SEBI has been taking a large number of measures to alleviate the sufferings of the listed companies and these measures are in the forms of relaxations in compliances, relaxations in fundraising and relaxations in facilitating right issues etc, he said.

He also underlined the development of Corporate Bond Market in the country to strengthen the financial system of the country.

“What needs to be developed in the country in a big way is the Corporate Bond Market. We have been talking about this for some time but I see a flurry of action in the last few months where the Government is playing a proactive role, RBI too is in favour of it, while SEBI has taken few measures in this direction,” he added.

ASSOCHAM President Vineet Agarwal said, “Today, we are in a special situation caused by the global pandemic and many sectors are struggling. Support to industry especially the MSME sector announced by the government will boost sentiments. Today banks and other financial institutes are at the forefront in the country's countermeasures against the economic impact of COVID, we are confident that with help from government reforms and regulatory support we can overcome the challenges and achieve our dream of growing at double digits.”

Deepak Sood, ASSOCHAM Secretary General said “Government agencies like RBI, SEBI, IRDAI and other regulatory body have under the able leadership Hon’ble Prime Minister Shri Narendra Modi ji taken several initiatives and timely action at this juncture to save businesses and ensure that the nation’s financial resources are put to productive use.

"Initiatives such as the announcement of PLI scheme across 13 key sectors and fresh loan guarantee facility of Rs1.1 lakh crore for healthcare investments in non-metropolitan areas and sectors such as tourism will go a long way in boosting manufacturing in the country and generate employment opportunities.

"In the post Covid era, vaccination holds the key and the December target for vaccination must be met at all cost.

"With government economic reform efforts focussing on delivering growth-enhancing public goods and services for the benefit of all segments of the public, private sector, and corporate entities alike we are positive that with tireless work we will eventually achieve double digit growth for our economy”

Dr. Charan Singh, Chairman, ASSOCHAM National Council for Banking chaired the session and discussed productive use of financial resources & its gap, impact of economic stimulus, role of financial institution to restart the economy, sustainable financing, digital revolution, coverage of unbanked being financed by non-institutional lenders and to address the problems and questions of stakeholders.

A knowledge report - Productive Use Of Financial Resources “Roadmap for Economic Rebound” prepared by ASSOCHAM in partnership with Ashvin Parekh Advisory Services (APAS) was also released during the conclave.