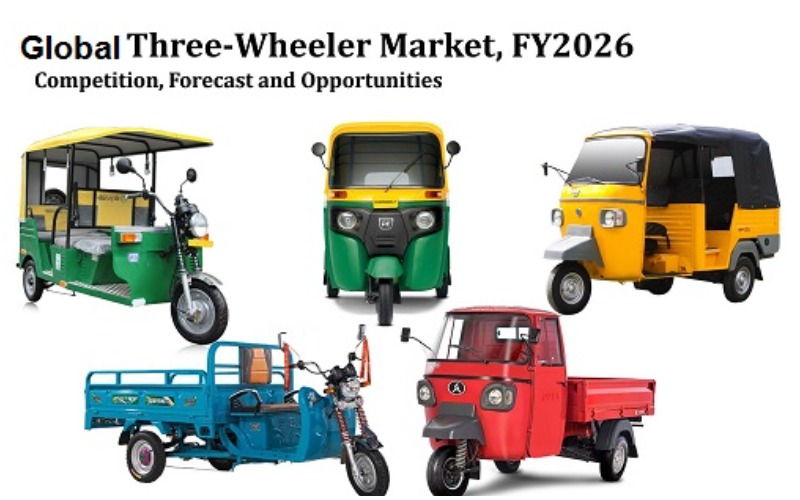 Kolkata/IBNS: TechSci, a research-based global management consulting firm, in its report on “Global Three-Wheeler Market” estimated the three-wheeler industry to boom to a total of US 11.68 billion by 2026.

Expected growth in the Global Three-Wheeler Market can be attributed to the increasing number of Micro, Small & Medium Enterprises (MSMEs) worldwide, improving road infrastructure and cheap fares of three-wheelers as compared to other forms of transportation to commute within the city, the report stated.

The increase in the population of the middle-income group, improving living standards of the people, and growing tourism are shooting up the demand for three-wheelers across the globe, it added.

According to the International Tourism Highlights, 2019 edition report, published by the United Nations World Tourism Organization, the Asia and the Pacific region accounts for 25 per cent of global tourist arrivals and the majority of these tourists visited South-East Asian countries, particularly India, China, Sri-Lanka, Indonesia, including others it said.

With growing technological advancements due to increasing awareness about the usage of smartphone apps & web applications, a recent trend has been witnessed in the three-wheeler market of Asian countries where cab providers in conjunction with radio taxis have also started providing three-wheeler booking services to customers, the research report said.

Karan Chechi, Research Director with TechSci Research, said:  “In 2020, Asia-Pacific accounted for the largest share in terms of units sold, i.e., 87.50% in Global Three-Wheeler Market. The region is expected to maintain its dominance over the next five years as well. Growing demand of electrification in three-wheelers and an increasing number of Micro, Small & Medium Enterprises (MSMEs) is boosting the demand for Three-Wheelers in the world."