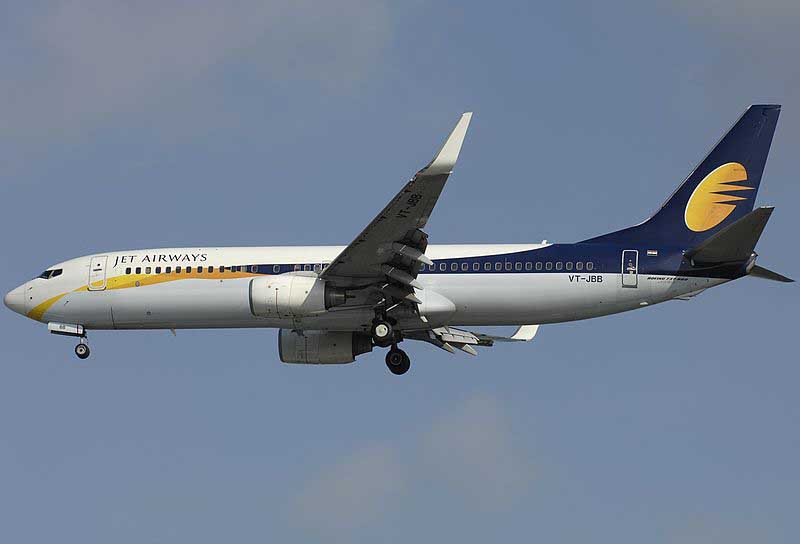 New Delhi/IBNS: Debt-laden Jet Airways, which has been out of operations since 2019, may soon hit the skies, following the National Company Law Tribunal's (NCLT) approval of a revival plan submitted by a consortium of London-based Kalrock capital and the UAE-based businessman Murari Lal Jalan, according to a media report.

NDTV reporting the news said that the matter related to allotting Jet Airways its historic routes is still unresolved and more talks are needed to determine its domestic and international destinations.

As part of the revival plan, NCLT has given the Director General of Civil Aviation (DGCI) and the Aviation ministry 90 days to allot slots to the airline.

The report stated that Jet Airways had 700 slots allowing it to depart and land at congested airports such as Mumbai and Delhi. The slots were given to other carriers,  after it stopped operations in April 2019.

Negotiations on routes are going on and it is possible the routes will be decided within 90 days, he said, adding that it is possible that the airline may not be able to get back all its old routes.

However, Jet should regain many of its old revenue slots in the national capital as the new runway is coming up and additional capacity is being made available, he said, the report stated.

The initial routes may be domestic along with some international routes as the airline maintains a very strong brand value, he said.

The company will reemploy people who have been loyal to it and appoint more personnel as the airline expands, he informed, according to the report.

Since the last two years, cash strapped Jet Airways has been undergoing a resolution process under the Insolvency and Bankruptcy Code (IBC).

After Kalrock-Jalan consortium's resolution plan was approved by the Committee of Creditors (CoC) of Jet Airways in October 2020, the consortium made the proposal to pay the dues of the banks, financial institutions and employees and establish the troubled airline as a full service carrier.

The insolvency petition filed by the lenders consortium led by the State Bank of India was admitted by NCLT in June 2019.

The airline had a fleet of more than 120 aircrafts, reaching dozens of destinations, both domestic and international business hubs such as Singapore, London and Dubai.