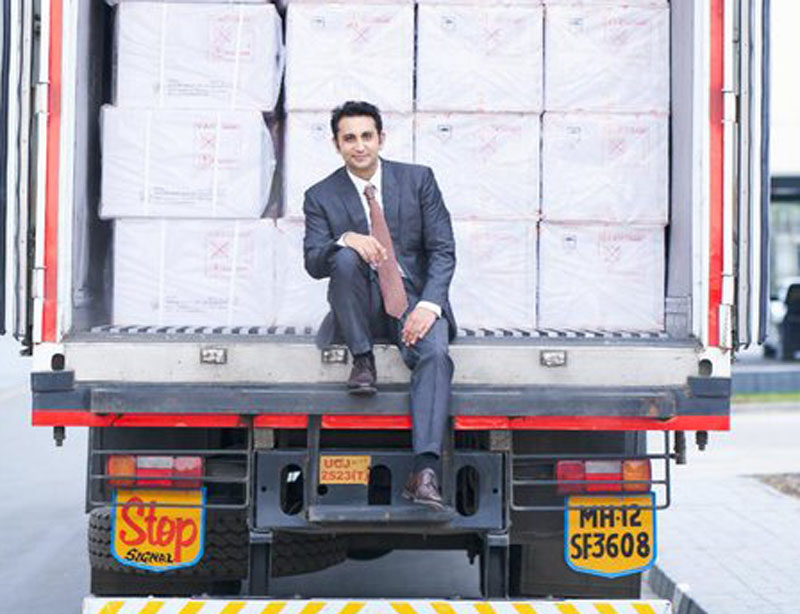 London: British PM Boris Johnson has announced the Serum Institute of India (SII), the manufacturers of COVID-19 vaccine Covishield, will be investing 240 million pounds in the United Kingdom through the opening of a new sales office, media reports said.

The investment is a part of a large tranche of over 533 million pounds of new Indian investment into the UK, expected to create 6,500 jobs in sectors such as health and technology, Johnson's office said in a statement as quoted by Money Control.

"The sales office is expected to generate new business worth over $1 billion, £200 million of which will be invested into the UK. Serum’s investment will support clinical trials, research & development and possibly manufacturing of vaccines. This will help the UK and the world to defeat the coronavirus pandemic and other deadly diseases," the statement said as quoted by the newspaper.

The announcement was made just hours before Indian Prime Minister Narendra Modi's digital summit with Johnson.

India is currently witnessing the deadly second wave of the COVID-19.

The UK government has extended support to India to fight the situation.

1,000 ventilators will be sent from the UK’s surplus supply to Indian hospitals to help the most severe Covid cases, read a statement issued by the British PM Office.

This is in addition to 200 ventilators, 495 oxygen concentrators and 3 oxygen generation units the UK announced we were sending to India last week.

Meanwhile, Serum Institute of India (SII) CEO Adar Poonawalla on Monday said his comments made last week to British newspaper The Times, in which he spoke about "aggressive" phone calls from influential people in India demanding an increased production of Covishield vaccine, have been "misinterpreted".

Amongst multiple reports it is important that correct information be shared with the public. pic.twitter.com/nzyOZwVBxH

In a Twitter post, Poonawalla, who left for London with his wife and children after being pressurised with threat calls in India, said: "I would like to clarify certain things since my comments may have been misinterpreted."

"First of all vaccine manufacturing is a specialised process, it is therefore not possible to ramp up production overnight. We also need to understand that the population of India is huge and to produce enough doses is not an easy task," he said.

"Even the most advanced countries and companies are struggling in relatively smaller populations," he added.

He also clarified that his company has been working closely with the government of India and that he has got all kinds of support-scientific, regulatory and financial.

In an interview with The Times London on Saturday, he spoke about the pressures he was under over the production of COVID-19 vaccines to meet the demand and also mentioned threatening calls from rich and powerful.

Poonawalla had said: “The level of expectation and aggression is really unprecedented. It’s overwhelming." SII is producing Covishield - the Oxford/AstraZeneca COVID-19 vaccine.

"I'm staying here (London) for an extended time because I don't want to go back to that situation. Everything falls on my shoulders but I can't do it alone...I don't want to be in a situation where you are just trying to do your job, and just because you can't supply the needs of X, Y or Z you really don't want to guess what they are going to do," Poonawalla had told the British newspaper.

Reports said under pressure he chose to fly into London to be with his wife and children. He has already been provided with 'Y'' category security by the Indian government.

"Everyone feels they should get the vaccine. They can't understand why anyone else should get it before them,"  Poonawalla had said.

The Serum India chief had also mentioned that he is meeting with the company's partners and stakeholders in the U.K. to set up a production base in the European country.

In his statement Monday, Poonawalla said the Serum Institute had supplied over 15 crore Covishield doses to the Centre since production began and had received an advance for another 11 crores.

An additional 11 crore doses, he said, would be delivered to states and private hospitals - in accordance with the centre's "liberalised" vaccination policy - within the next few months as well.

Poonawalla's statement comes as a part of an effort by the Centre and SII against media reports alleging that the government is yet to place fresh orders for COVID-19 vaccine doses.

"... media reports alleging the centre has not placed any fresh order for COVID-19 vaccines. The news reports suggest the last order... 100 million doses with SII and 20 million with Bharat Biotech... was in March 2021. These media reports are completely incorrect," the government said in a statement a few hours earlier.

We endorse this statement, & the authenticity of the information. We have been working closely with the Government of India for the past year & thank it for its support. We remain committed to ramping up our vaccine production to save every life we can. https://t.co/tLVPjOMp51

The Serum Institute also responded with a tweet that said: "We endorse this statement & the authenticity of the information. We have been working closely with the Government of India for the past year & thank it for its support."