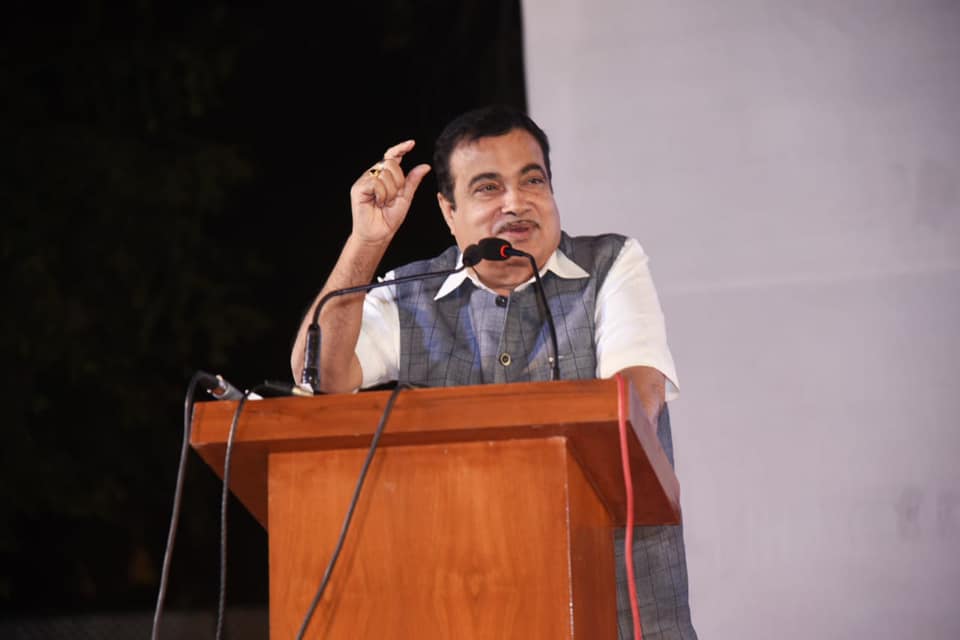 India's Road Transport Ministry is setting up a committee under the chairmanship of Mr K. Venkataramanan to reduce the dependency on steel and cement to reduce the cost of construction and look for alternatives, stated Union Minister for Road Transport & Highways Mr Nitin Gadkari.

He was speaking at a webinar - Challenges and Opportunities in HAM & BOT Projects organized by The Associated Chambers of Commerce and Industry of India (ASSOCHAM).

Gadkari stated that all steel - whether produced from ore, billets, pellets, or melting of scrap - would be allowed to be used for National Highway construction, as long as it meets the standards required for specific grades of steel.

“The steel proposed to be used would be tested in NABL-accredited laboratories as a third-party check before approval,” he said.

He informed that his ministry has managed to achieve three world records recently. “Firstly, we have managed to achieve a record by constructing 37 km of road per day during 2020-21. Secondly, the construction of a 2.5 km four-lane concrete road was achieved in a matter of 24 hours. Our ministry also achieved a record by constructing a 26 km one-lane road in 24 hours flat. This is due to the efforts put by our engineers, contractors, and workers,” he said.

Gadkari added that the Ministry has constructed 13,327 KM of National Highways up to March 2021 as compared to 10,237 Km in March 2020. “The award figure is 10,965 km during this period as compared to 8,948 km in the previous year. This kind of performance was never done earlier,” he informed.

He informed that the Ministry has decided that all lanes in the fee plazas on National Highways shall be declared as "FASTag lane of the fee plaza" with effect from midnight of 15th February 2021.

“As per NH Fee Rules 2008, any vehicle not fitted with FASTag or vehicle without valid, functional FASTag entering into the FASTag lane of the fee plaza, shall pay a fee equivalent to two times of the fee applicable to that category. This has been done to further promote fee payment through digital mode, reduce waiting time and fuel consumption and provide for a seamless passage through the fee plazas,” He informed.

Vineet Agarwal, President, ASSOCHAM stated that the Complexities of infrastructure development need to be understood to ensure that the supporting frameworks are effective.

“Lack of infrastructure is the primary growth constraint and government looks to the private sector to partner in developing the same. Designing effective co-working models between the public and private sectors would be a step towards efficient delivery,” he said.

The ASSOCHAM chief stated that Hybrid Annuity Model (HAM) is an interesting model, since it can be widely applied to many diverse sectors and blends some financing with performance risk transfer.

“HAM project by its very nature requires long term funding i.e., more than 15 years and hence linking the short-term interest rates for a long term tenure project is a structural issue that needs a relook as to the Concessionaires also suffered losses on account of lockdown,” he said.

Agarwal also said that presently there are not many financial structures available to the road projects; the primary form of finance is the bank finance in the form of a Rupee Term loan.

“It is thus, submitted that there should be prompt promotions in mechanism of raising the Finance in the form of Bonds which can be raised after completion of the project which shall minimize the risk for the bond subscriber,” he pointed out.

Deepak Sood, Secretary General, ASSOCHAM explained that the highways sector in India has been at the forefront of performance and innovation and the government has successfully rolled out several projects on the Hybrid Annuity Model (HAM) for building National Highways to speed up the construction of roads in the country by renewing interest of private developers.

“Public-Private-Partnership (PPP) and Build Operate and Transfer (BOT) model is attracting the interest of growing thrust towards privatization and private sector participation in the development of public infrastructure projects in India,” he said.

He also mentioned that India needs to develop quality, reliable, sustainable, and resilient infrastructure, including regional and trans-border infrastructure to support economic development and human well-being, with a focus on affordable and equitable access for all.

“Financing of infrastructure development initiatives would need to be supported through attracting private investors, to work with the government. Other challenges for infrastructural development include lengthy processes for land acquisition and payment of compensation, environmental concerns, time and cost overruns due to delays in project implementation, procedural delays. These would need to be streamlined so that risk profile for projects improve, making them attractive to investors,” he stated.

Balkrishan Goenka, Past-President, ASSOCHAM and Chairman, Welspun Group stated that the government has given relief to PPP- Toll projects by giving extra time for Toll collection due to pandemic.

He also asserted that a lot of money is stuck due to the process of GST claim reimbursement being followed for old projects. “Suggestion is that interim payments be made assuming reimbursement at a rate of 5% of BPC. The final reconciliation can be made at 90% progress level and balance payable/ recoverable be done once reconciliation is done,” Mr Goenka suggested to the ministry.