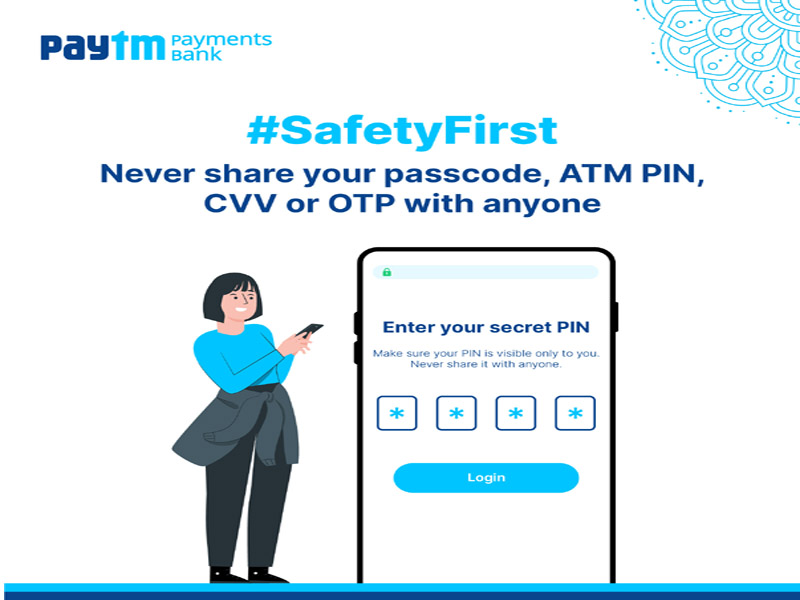 Kolkata/IBNS: According to the latest report by the National Payments Corporation of India (NPCI), Paytm Payments Bank Ltd (PPBL) has emerged as the largest beneficiary bank ahead of all major banks in the country.

The report said that PPBL has registered 469.84 million transactions in March 2021 as a beneficiary bank, achieving a month-on-month increase of 20.7 per cent.

Beneficiary banks are the banks of the account holder who is receiving money.

It is also rapidly gaining traction as a remitter bank with over 15.9 per cent month-on-month growth and registering 173.09 million transactions in March with the highest success rate, the report said.

PPBL has also continued to outperform other banks in terms of the success rate of UPI transactions.

All major banks have a way higher technical decline rate of around 1 per cent.

PPBL said it has become the largest enabler of digital payments in the country driven by merchant payments and increased adoption across small cities and towns.

Satish Gupta, MD & CEO of Paytm Payments Bank Ltd said, "We are providing the fastest and most seamless UPI payments service and our success can be gauged from the monthly NPCI data that shows us as the top beneficiary bank with the highest success rate."

PPBL said it has also become the top enabler of digital payments in the country by registering over 975 million digital transactions in March 2021, which it attributed to the growth in transactions on Paytm Wallet, Paytm FASTag, Paytm UPI, and internet banking over the past several quarters.