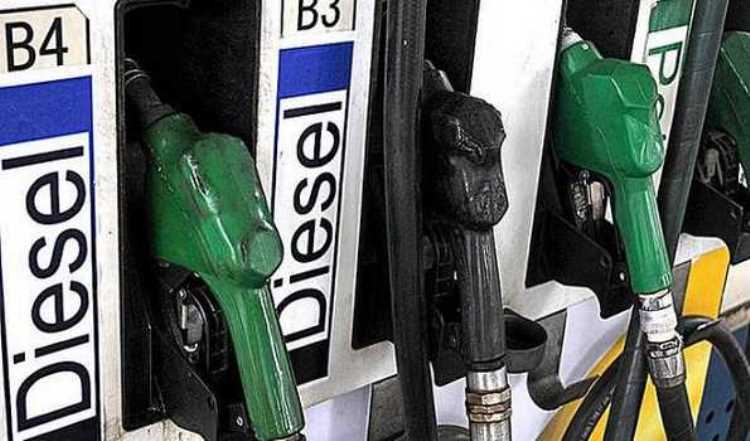 New Delhi/UNI: The retail fuel prices remained steady for the 18th straight day across the country on Wednesday with the price of petrol and diesel standing at Rs 91.17 and Rs 81.47 per litre respectively, according to the Indian Oil Corporation Limited (IOCL).

The price of petrol had last month breached the Rs 100-mark in two places in Rajasthan and Madhya Pradesh, which levy the highest VAT on the fuel in the country. In these two cities, the key auto fuel remained steady at Rs 101.84 in Rajasthan’s Sri Ganganagar, while diesel was available at Rs 93.77 per litre. In Madhya Pradesh’s Anuppur, petrol costs Rs 101.59 per litre and diesel is selling for Rs 91.97.

Generally, the fuel prices get revised on a daily basis in line with benchmark international price and foreign exchange rates.

There has not been any revision in the automobile fuel prices so far in March and prices were last changed on February 27, 2021, with petrol being hiked by 24 paise per litre and diesel being raised by 15 paise in the national capital.

The upcoming Assembly elections in the four states and one union territory are also being accredited as the reason behind stability in petrol and diesel prices in the country.

Post economic hit due to COVID-19, the fuel prices have jumped to a record high due to the state and central tax levied on them twice in the last 12 months to increase the revenue collection.

Finance Minister Nirmala Sitharaman and Union Minister for Petroleum, Natural Gas and Steel Minister Dharmendra Pradhan are battling for the inclusion of fuel under the purview of Goods and Services Tax (GST) to bring some relief to the common man.

According to official sources, some internal discussions in the government on prices of petroleum products, and on bringing these items under GST are presently going on.