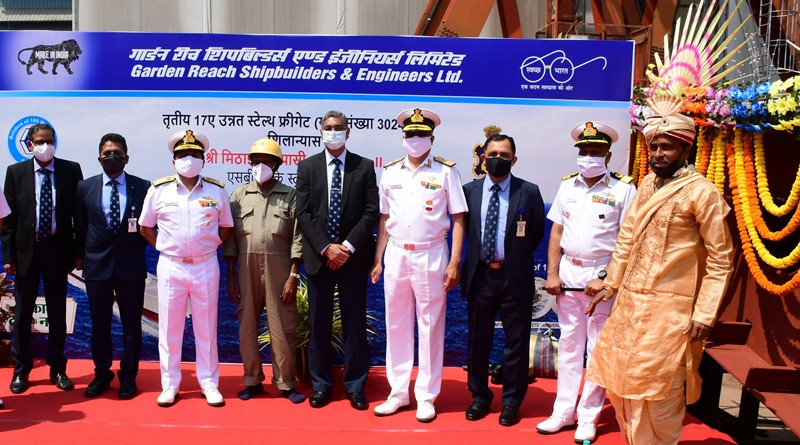 GRSE fulfilling orders ahead of schedule despite pandemic challenges

Kolkata/IBNS: Garden Reach Shipbuilders and Engineers Limited (GRSE) recently held the ‘laying of the Keel’ of Yard 3024, a ship of the Advanced Stealth Frigate Project, P 17A.

As per GRSE tradition, the Keel was laid by a senior operative Mithailal Pasi, Structural Fitter of Shipbuilding Shop at the Main Works Unit of GRSE.

The company said in a release that the contract for construction of three Stealth Frigates under Project 17A is the largest ever order awarded to the shipyard by the Ministry of Defence with a value of over Rs.19,293 crores.

The shipyard, despite all challenges amid Covid-19 pandemic, had launched the first ship of P17A Stealth Frigate “INS Himgiri” ahead of schedule on December 14, 2020. 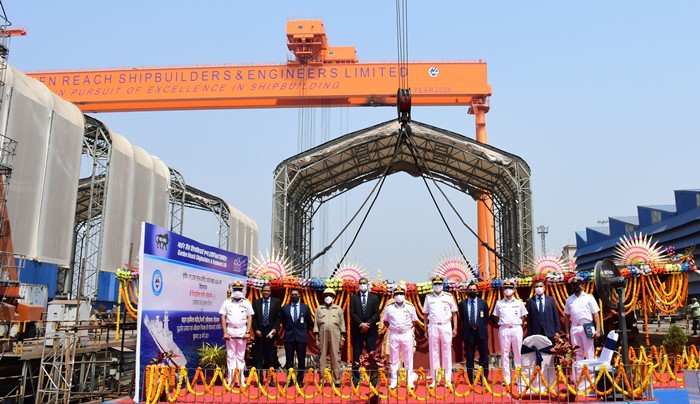 The Keel laying of Yard 3024 has also been achieved ahead of schedule, the company said.

P17A ships shall be the most advanced state-of-the-art Guided Missile Frigates, 149 m long, with a displacement of approximately 6670 T and advanced CODOG Propulsion enabling speed of over 28 knots, according to GRSE.

These complex platforms are equipped with a powerful weapon and sensor package capable of neutralising threats in all three dimensions of Air, Surface & Subsurface.

Fincantieri, Italy is providing the technology upgrade and capability enhancement in this project.

An advanced PDM-PLM system is being implemented at GRSE to manage the project over its life cycle.

It also delivered FPV “SGPS Zoroaster” to the Government of Seychelles.