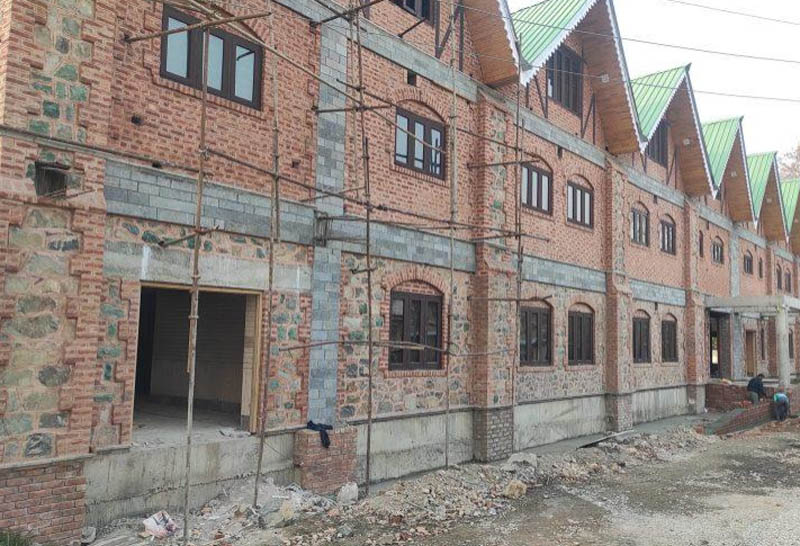 Srinagar: To boost silk production in Jammu and Kashmir, the World Bank-funded Jhelum Tawi Flood Recovery Project (JTFRP) has spent over Rs 12 crore to infuse new lease of life in the sick silk factory in Srinagar.

“The project is in the final stage and it will largely benefit the stakeholders including cocoon-producing farmers,” he said. The CEO informed that under the project, construction of the composite market center building for whole chain silk activity at Rajbagh Silk factory, Srinagar is also at its final stage.

“The project is coming at the cost Rs 12.537 crore and will have a large social impact,” he said.

“The factory’s resurrection is part of the government’s plan to boost silk production across Jammu and Kashmir,” Shah said, adding under the modernization plan latest state-of-art machinery is being procured with the financial assistance of the World Bank.

According to officials, Jammu & Kashmir is among the seven top wool-producing places in India which produces around 7.38 million kgs of wool ranking 2nd just after Rajasthan. “

J&K sells more than 50 percent of raw wool to other states like Rajasthan, Punjab, and Himachal,” officially informed. “

Nearly 50,000 families are connected to the sheep rearing sector.

They largely belong to the weaker section of society,” said an official from Animal and Sheep Husbandry. Kashmir’s association with silk dates back centuries. The erstwhile state was known around the world for the finest quality of silk production.

The prominent Rajbagh Silk factory outlet got damaged during the 2014 floods. Under the WB-assisted JTFRP project, the Jammu and Kashmir government is restructuring and recreating the vital damaged projects.

“We are providing adequate outlet facilities to the Rajbagh Silk Factory and Bemina Woollen Mills,” said an official at JTFRP.

According to officials, a massive push is being given to the infrastructural facilities and modernization of the machinery under the project.

As an infrastructural stimulus, a composite market center for the whole chain silk activity is under construction with more than 90 percent of work completed.

The two-storied sprawling building with a plinth area of 15,000 sft will have a state-of-art-showroom where the silk products manufactured in the factory will be showcased. The officials informed that to preserve the heritage value of the Rajbagh Silk Factory, the consultants have also been engaged who are working on devising the comprehensive conservation plan for the old heritage complex.

The reopening of the factory has brought cheer to nearly 50,000 cocoon-producing farmers in the Valley, who will be the direct beneficiaries.

The government also plans to impart training on skill development for the project.

Commissioner Secretary, Industries and Commerce, MK Dwivedi, said that the recently established Silk Filatures and Silk Weaving factory at Bari Brahmana Jammu has produced 4.50 lakh meter silk fabric. And it would benefit around 20 thousand families associated with cocoon rearing in the Jammu Division.