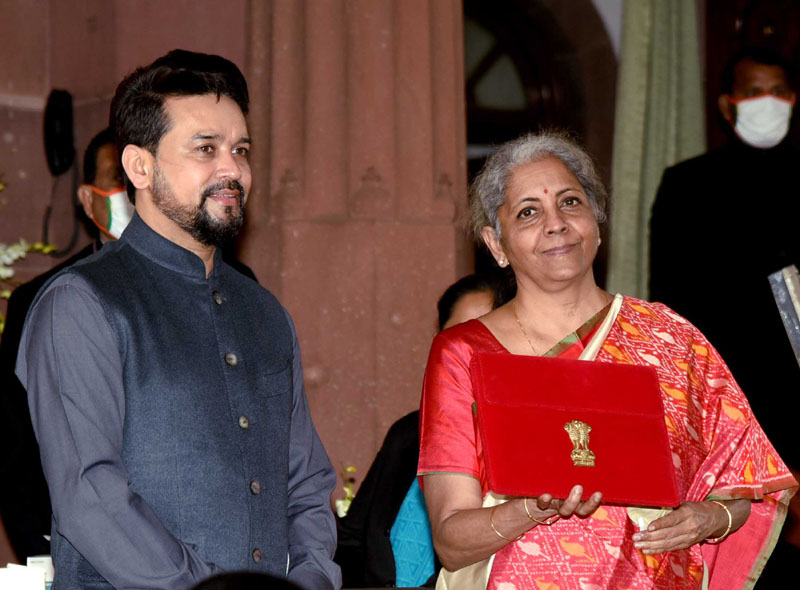 New Delhi/UNI: Union Finance Minister Nirmala Sitharaman on Monday announced exemption of senior citizens 75 years or above in filing income tax, who are dependent on pensions or interests on savings.

"In the 75th year of independence, the Budget seeks to reduce compliance burden on senior citizens who are 75 years of age and above. Such senior citizens having only pension and interest income, will be exempted from filing their income tax return,"  Sitharaman said while presenting Budget in Parliament.

Among other announcements, the Budget proposes to exempt Non-Resident Indian from TDS. It also lowers tax of dividends for Foreign Portfolio Investors.

For startups, the government extended the tax holiday till March 31, 2022.

Ms Sitharaman announced that late deposits of the contribution of employees towards various welfare funds will not be allowed.

The government reduced the time-limit for reopening of income tax proceedings to three years from the present six years.

To enhance digitalization, the government extended the limit of tax audit from Rs 5 crore to Rs 10 crore for anyone who is accepting 95 per cent or more money digitally.

In order to reduce compliance burden on the small charitable trusts running educational institutions and hospitals, the Budget proposes to increase the limit on annual receipts for these trusts from present Rs 1 crore to Rs 5 crore for non-applicability of various compliances.