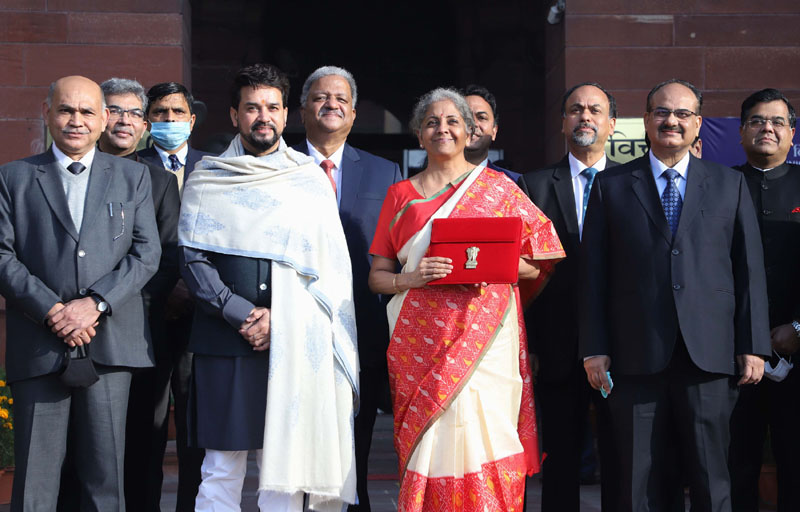 New Delhi: While presenting the Union Budget 2021-22 in Parliament on Monday the Union Minister for Finance & Corporate Affairs, Nirmala Sitharaman announced a sharp increase in capital expenditure with BE of Rs 5.54 lakh crore which is 34.5% more than the BE of last financial year (Rs. 4.12 lakh crore).

The Minister stated that despite the resource crunch it has been Government’s effort to spend more on capital and it is expected that the total capital expenditure during 2020-21 will be at around Rs 4.39 lakh crore.

The Minister added that in the Capital Budget a sum of more than Rs. 44,000 crore has been kept in the Budget of Department of Economic Affairs and will be provided for projects/programmes/departments that show good progress on Capital Expenditure and are in need of further funds.

The Minister further stated that more than Rs 2 lakh crore will be provided to States and Autonomous Bodies for their Capital Expenditure.

The Government will work out specific mechanisms to nudge the States to spend more of their budget on creation of infrastructure, the Minister added.