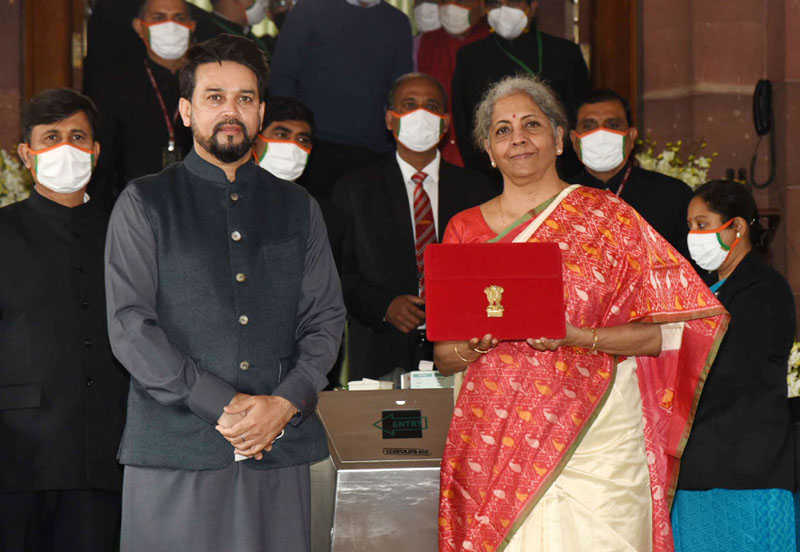 New Delhi: Presenting the Union Budget 2021-22 in Parliament on Monday, the Union Minister for Finance and Corporate Affairs,  Nirmala Sitharaman outlined the plans for reforms in one of the six pillars of the budget i.e. of Minimum Government, Maximum Governance.

Nirmala Sitharaman stated that the forthcoming Census could be the first digital census in the history of India and has been allocated Rs. 3,768 crore in the year 2021-2022.

The Finance Minister said that to have ease of doing business for those who deal with Government or CPSEs, and carry out contracts, it is proposed to set up a Conciliation Mechanism and mandate its use for quick resolution of contractual disputes.

This will instil confidence in private investors and contractors, she elaborated.

Nirmala Sitharaman said that the Government has introduced the National Commission for Allied Healthcare Professionals Bill in Parliament, with a view to ensure transparent and efficient regulation of the 56 allied healthcare professions.

Additionally, to bring about transparency, efficiency and governance reforms in the nursing profession, The National Nursing and Midwifery Commission Bill will be introduced by the government for passing, she added.

The Finance Minister said that the Government has taken a number of steps to bring reforms in Tribunals in the last few years for speedy delivery of justice. Continuing with the reform process, it is now proposed to take further measures to rationalize the functioning of Tribunals, the Minister said.

Goa is celebrating the diamond jubilee year of the state’s liberation from Portuguese rule.

Nirmala Sitharaman said that the Centre will give a grant of Rs. 300 crore to the Government of Goa for the celebrations.