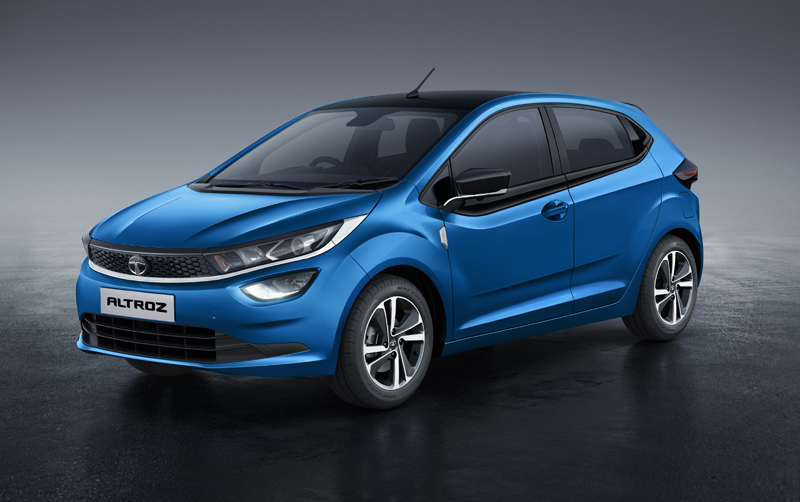 Mumbai: Automobile major Tata Motors has announced the launch of the i-Turbo variant along with iRA-connected car technology for its premium hatchback, Altroz.

iRA comes with 27 connected car features along with natural voice tech, through which the car understands commands not only in English or Hindi, but also in Hinglish. Additionally, it is India’s first hatchback to introduce What3Words technology - a precise & unique tool that makes navigation easier than before.

The Company has also added a new top of the line XZ+ variant in a petrol and diesel fuel option to the Altroz family. These introductions makes Altroz a wholesome package of sheer power and class leading features. The Altroz i-Turbo is launched at an attractive introductory ex-showroom price increment of INR.60, 000 above the Altroz Revotron petrol variants.

Tata Altroz is the first product on the ALFA architecture and has received a tremendous response since its launch in January 2020. Tata Motors has introduced the Altroz i-Turbo, a power and feature packed car to celebrate the brand’s success as it turns one. Despite the Covid challenge, the Company has sold more than 50,000 Altroz within its first year of launch, a testament to its popularity. India’s safest hatchback with a 5 star safety rating from Global NCAP, has indeed raised the bar and set #TheGoldStandard in safety, design and driving dynamics.

Commenting on the launch of the Altroz i-Turbo, Shailesh Chandra – President, Passenger Vehicles Business Unit, Tata Motors said, “We are thrilled to celebrate the 1st anniversary of our premium hatchback Altroz with a double bonanza comprising of the i-Turbo petrol and the new XZ+ variant with iRA-connected car technology in petrol and diesel option. Since the launch in January 2020, Altroz has been appreciated for its paramount safety, innovative design and thrilling performance and we are delighted to share that with its introduction, in FY 21, our market share in the hatchback category has increased by 5.4% compared to last fiscal and we have captured 17% market share in the premium hatch segment. We are confident that the new Altroz range will cater to the evolving needs of the Indian customer, all while creating benchmarks in the segment.”

Loaded with new tech and the 1.2L turbocharged BS6 petrol engine, the Altroz i-Turbo is launched in a new Harbour Blue colour, which is available on variants from XM+. With power of 110 PS @ 5500 rpm, Altroz i-Turbo provides a torque of 140 Nm @1500- 5500 rpm which ensures an enjoyable drive experience. Adding to that, the Sport/City Multi Drive Modes provide the Altroz a perfect combination of thrill and city driving. Altroz in its 2021 avatar will also sport the new Black and light Grey interiors accentuated with perforated leatherette seats to enhance its premium quotient.