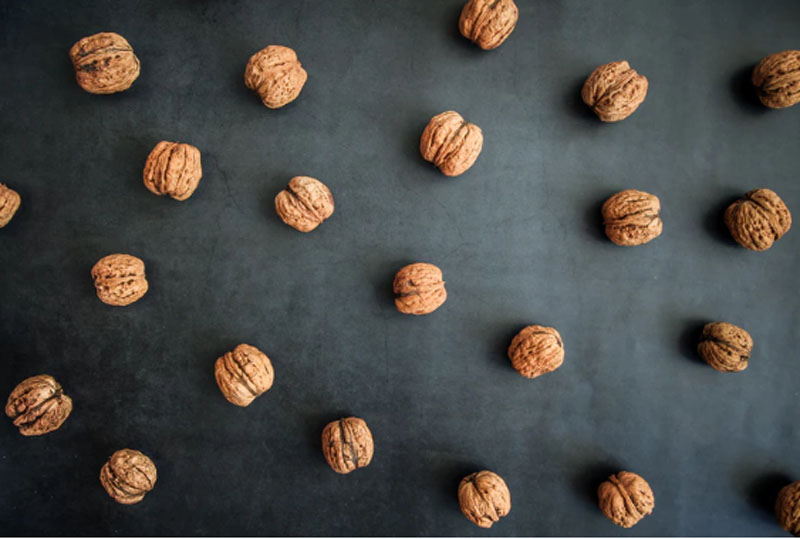 Srinagar:  The horticulture department is in a mode to promote homogeneous walnut crop to cater the demand for the high quality of walnut produce in domestic and international markets.

Deputy Director of Central Horticulture Kashmir, Manzoor Ahmad Bhat said that timely intervention of the department would improve the quality of the walnut industry in the international market by making a shift from heterogeneity of cultivation of crop to homogeneity.

“With the development and advancement in science and technology, the department is working on a program to improve the quality of the walnuts," he said.

Bhat said they would compete in the national and international market by introducing a scientific way of grafting.

"The department is emphasizing on the homogeneity of walnut produce," he said.

The Deputy Director informed there is heterogeneity mode of cultivation currently in practice in the valley by default thus affecting the quality and variety of walnut.

”There are currently seven nurseries in the valley where seedlings are being grown. It takes two years for these seeds to turn into seedlings," he said.

"Seedlings are being grown for grafting with a success rate of 50 per cent," he said.

Bhat said the largest nursery is situated in Zawoora (Srinagar) while other identified centers for propagation of walnuts are in Woosan (Ganderbal), Lassipora (Pulwama), Brakapora (Anantnag), Zakoora (Srinagar), Chougul (Kupwara), and Sogam (Kupwara). Bhat said from the nursery, the seedlings are shifted to Greenhouse with controlled humidity of 87-106 % and temperature 25 (+- 2) degree Celsius.

“After one year in Greenhouse, the grafted plants will be distributed to the orchid owners for grafting. After a gestation of four to five years the plants begin to give produce,” he said.

“Our walnut is completely organic in nature but owing to heterogeneity mode of cultivation by default it gets marred in the international market,” Bhat said.

The officer said, to deal with this problem, the department is working in a certain direction by opting for a scientific approach which will help in producing walnuts of similar varieties in a particular orchid which otherwise was not possible earlier.

He also revealed that the varieties of walnuts in the valley include Sulaiman, Hamdan, Woosan1 (with large size Kernel), Woosan2, Woosan3, and Woosan4, cith1, cith2, cith3, cith4 and cith5 respectively.

“The broken kernels have a good demand from the international market as it is being used for confectionery in European countries,” he added.

Bhat also said that with the increase in income, change in lifestyle and improvement in the standard of living, the locals have started consuming these dry fruits as well.

From the last few years, production and productivity of horticulture fruits have increased manifolds and resulted in the huge amounts of dispatches from the state.

"The state is famous for its horticulture produce both in India as well as abroad," Bhat said.