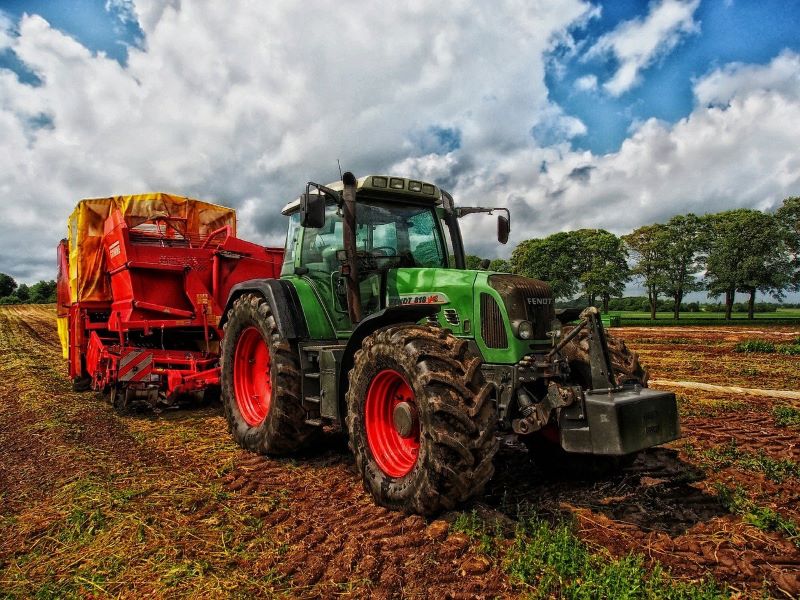 New Delhi/IBNS: India has emerged as a net exporter of agri-machinery, shipping equipment to some of the advanced countries like the US, Germany, UK and Italy, and a world leader in exporting solar irrigation pumps.

This was observed at an EEPC India virtual meeting on farm digitisation and mechanisation.

In his message to the FarmMech 2020 - the digital exposition, Vice-President M Venkaiah Naidu said, ''I am sure the global exposition would provide an opportunity to the Indian manufacturers to display their latest products and help in giving a further fillip to agriculture machinery exports from India."

Minister of State for Agriculture and Farmers Welfare, Parshottam Rupala said the  global agriculture equipment market is projected to reach $279.5 billion by 2025, growing at a CAGR of 6.5 per cent  from 2018 to 2025.

India's export of agricultural machinery during 2Ol9-2O was $1024.58 million witnessing a positive trade balance of $708.3 million, he added.

Minister of State for Commerce, Som Prakash  said India exported $ 782.93 million worth of agri machinery to North America, Eastern Europe, EU,UK, Africa, ASEAN and SAARC during 2019-20 , accounting for 76.41 per cent  of these exports.

He said EEPC India has done a skilful mapping of the global agri machinery map while selecting the focus region 'V expo – FarmMech 2020'.

"India is a world leader in exporting solar irrigation pumps. India being largely an agrarian economy, mechanization has a significant potential,'' he said.

The FarmMech 2020 is being organised between November 24 and 27 with participation of 50  manufacturers of agricultural machinery incl.some of the top participating  Indian companies from this sector are Bull Machine Pvt Ltd,  Nipha Exports Pvt Ltd.Tractors & Farm Equipment Ltd and Escorts Agri Machinery would be showcasing their products and technologies to leading 100 overseas buyers.

EEPC India Vice Chairman Arun Garodia said tractors are the largest component of the agri-machinery exports from India, accounting for 66 per cent of the shipments.

The Government of Haryana is the Partner State in the exposition.  AMMA –India –the National Body Agricultural Machinery Manufacturers is  the supporting association.