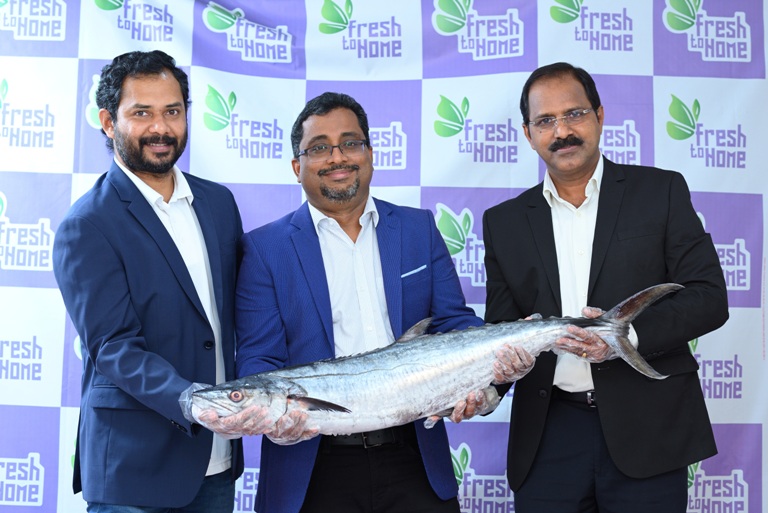 Said to be the largest ever Series C funding in India Consumer Tech, it is led by Investment Corporation of Dubai (ICD) - the principal investment arm of the Government of Dubai, Investcorp - a leading global manager of alternative investments, Ascent Capital - a leading India-focused growth capital provider,  the U.S. Government’s development finance institution - DFC, the Allana Group and other investors.

Iron Pillar, the lead investor from Series B also participated in this round with a significant investment of $19M.

Barclays was an advisor for the transaction.

According to Shan Kadavil, Co-Founder and CEO of FreshToHome, COVID-19 transformed the fish and meat purchasing behaviour of consumers dramatically.

“Due to safety concerns, consumers made the habit-forming shift to e-commerce and we saw online demand for our products going up many folds this year thanks to safety guarantee of 100 per cent fresh and zero chemicals,” said Kadavil.

According to Kadavil, the current capital raise will help them make rapid expansion in India and the Middle East.

As estimated by Euromonitor International, the consumer market size of the fish and meat segment in India in 2019 was $94 billion.

The company said it enables its marketplace sellers to source and sell high-quality meat and fish directly from livestock farmers and fishermen in most major Indian cities (Mumbai, Delhi/NCR, Bangalore, Hyderabad, Pune, Kerala and Tamil Nadu) and in the UAE.

Khalifa Al Daboos, Deputy CEO of Investment Corporation of Dubai, said,“FreshToHome is a leader in leveraging AI-based technology and business innovation to bring a superior value proposition to customers and suppliers in a large and important market.”

Shan Kadavil and other co-founders of FreshToHome have a Silicon Valley entrepreneurship background, having been part of leadership teams of companies such as Zynga.

Some of the early backers of FreshToHome include Mark Pincus - Zynga founder, David Krane - CEO of Google Ventures, Pete Briger - Chairman of Fortress, Abdul Aziz Al-Ghurair - Chairman of Mashreq Bank, Rajan Anandan of Sequoia and others.

Support from its existing large Middle East-based investors such as CE-Ventures - the corporate venture capital platform of Crescent Enterprises, significantly helped in aiding its expansion in the UAE, where it is already one of the top 5 e-grocers, the company said in a release.

FreshToHome is also planning to expand to other key GCC markets such as Saudi Arabia.