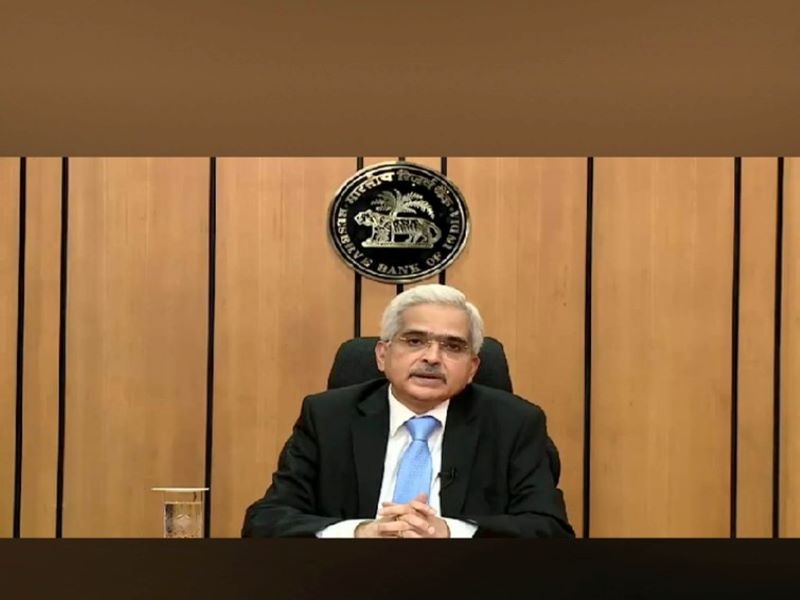 Mumbai/IBNS: RBI Governor Shakti Kanta Das has said the economy has started showing signs of improvement with the easing of over two months of strict lockdown but "a very careful trajectory" has to be followed after the pandemic is over.

The economy's medium term outlook still remains uncertain as the demand and supply side are yet to recover from the shock of the COVID-19 induced lockdown even as the country has started opening, Das said in his keynote address at the seventh SBI Banking and Economics Conclave on Saturday through a video link.

"The COVID-19 pandemic, perhaps, represents so-far the biggest test of the robustness and resilience of our economic and financial system," RBI Governor said.

The outbreak of COVID-19 pandemic is unambiguously the worst health and economic crisis in the last 100 years during peace time with unprecedented negative consequences for output, jobs and well-being. It has dented the existing world order, global value chains, labour and capital movements across globe and needless to say, the socio-economic conditions of large section of world population, he added.

The RBI chief said that its policy responses seem to have worked so far but going forward the situation would need closer assessment.

"Guided by the age-old wisdom summarised in Bagehot's dictum1 that ascribes the role of Lender of Last Resort (LOLR) to the central bank, the Reserve Bank of India has taken a number of important historic measures to protect our financial system and support the real economy in the current crisis. While the eventual success of our policy responses will be known only after some time, they appear to have worked so far," he said.

He said the monetary policy was already in an accommodative mode before the outbreak of COVID-19, with a cumulative repo rate cut of 135 basis points between February 2019 and the onset of the pandemic.

Reversing the slowdown in growth momentum was the key rationale for this distinct shift in the stance of monetary policy, even as unseasonal rains caused temporary spikes in food inflation in the second half of 2019-20, he added.

"Consistent with this policy stance, liquidity conditions were also kept in ample surplus all through since June 2019. The lagged impact of these measures was about to propel a cyclical turnaround in economic activity when COVID-19 brought with it calamitous misery, endangering both life and livelihood of people," he stated.

He pointed out that the fast-changing macroeconomic environment and the deteriorating outlook for growth amid Covid-19 pandemic necessitated off-cycle meetings of the Monetary Policy Committee (MPC) - first in March and then again in May 2020.

Hence, the MPC decided to cumulatively cut the policy repo rate by 115 basis points over these two meetings, resulting in a total policy rate reduction of 250 basis points since February 2019, he informed.

Das said RBI has taken a slew conventional and unconventional monetary policy and liquidity measures aimed at restoring market confidence, alleviating liquidity stress, easing financial conditions, unfreezing credit markets and augmenting the flow of financial resources to those in need for productive purposes.The liquidity measures announced by the RBI since February 2020 aggregate to about Rs 9.57 lakh crore (equivalent to about 4.7 per cent of 2019-20 nominal GDP).

Heading into the pandemic, the financial system of the country was in a much improved position, owing mainly to various regulatory and supervisory initiatives of the Reserve Bank, he said.

As per available numbers (some of which are provisional) at this point of time, the overall capital adequacy ratio for scheduled commercial banks (SCBs) stood at 14.8 per cent as in March 2020, compared to 14.3 per cent in March 2019.

The RBI Governor said during the last one year, based on the assessment of events which had the potential to pose a threat to the financial stability, the Reserve Bank has reorganised its regulatory and supervisory functions with an objective of establishing a holistic approach to regulation and supervision. The unified approach is aimed at addressing the growing size, complexities, and inter-connectedness amongst banks and NBFCs.

Specialised handling of weak institutions at the Reserve Bank now helps in closer monitoring and successful resolution of such entities in a non-disruptive manner, he said and mentioned the timely and successful resolution of Yes Bank. He also said the Punjab & Maharashtra Co-operative Bank, the Reserve Bank is engaged with all stakeholders to find out a workable solution, as losses are very high, eroding deposits by more than 50 per cent.

Due to the increasing size and interconnectedness of the NBFCs, the Reserve Bank has taken steps to strengthen the risk management and liquidity management framework of NBFCs. "As you may be aware, NBFCs with a size of more than Rs 5,000 crore have been advised to appoint a functionally independent Chief Risk Officer (CRO) with clearly specified role and responsibilities," he added.

Also, government-owned NBFCs have been brought under the Reserve Bank's on-site inspection framework and off-site surveillance, he said.

An early warning system with a stress-testing framework has been formed for timely recognition of weak Urban Cooperative Banks for appropriate action.