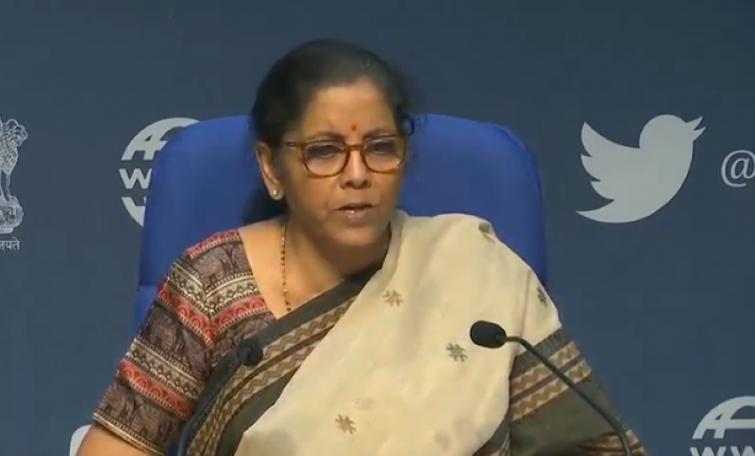 Sitharaman began her fourth press briefing on Saturday with the announcement of the removal of government's monopoly in coal mining.

In an attempt to increase the participation of private sector in coal mining, Sitharaman announced the "government monopoly in coal mining" will be removed to move towards "commercial mining in coal sector with revenue sharing".

The government will invest Rs. 50,000 crore in its mission to establish a liberalised regime in coal sector.

"Left over or unused minerals will be up for sale," said the FM and added, "The process of developing mineral index is going on."

In the defence sector, India has increased Foreign Direct Investment (FDI) limits from the existing 49 per cent to 74 per cent besides taking the decision to import High-Tech defence equipments.

Apart from these, Sitharaman announced the corporatisation of Ordinance Factory but cautioned, "Corporatisation does not mean privatisation."

Sitharaman said six more airports will be auctioned on PPP mode and for that the government will make Rs. 2,300 crore down payment to the Airports Authority of India (AAI).

"Only 60 per cent of Airspace will be avalable freely," she said in another announcement.

The power distribution companies of Union Territories will be privatised, as the FM said, in line with the tariff policy.

However, the Centre and the states each will fund 30 per cent of the viability gap funding.

To provide a "level-playing field" to the private sector, Sitharaman said the private players will be allowed to use Indian Space Research Organisation (ISRO) facilities and other relevant assets to improve their capacities.

"We want private players to be co-travellers with us," said Sitharaman and added, "Private sector has been given good access so that both govt and private sector can work for Aatmanirbhar Bharat."

The government will establish research reactor in PPP mode for production of medical isotopes to promote welfare of humanity through affordable treatment for cancer and other diseases.