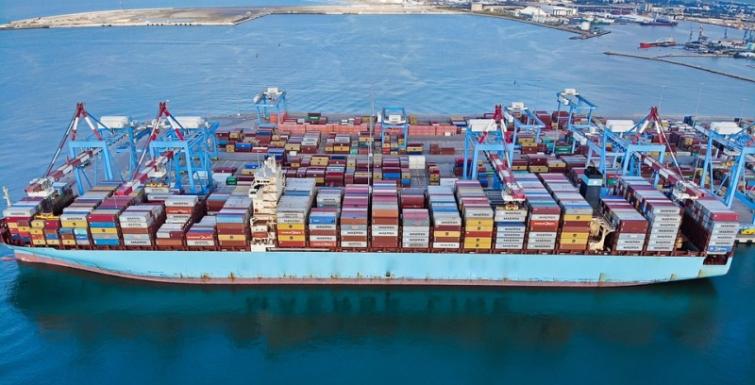 New Delhi/ IBNS: Indian exports and imports declined by record volumes in March, as countries across the world sealed their borders to fight the COVID-19 outbreak.

While the exports shrunk by 34.6 per cent, the imports contracted 28.7 per cent, said a Mint report.

Apart from iron ore, all other items in India's export basket declined. In the import list, only transport equipment registered growth, added the report.

Engineering Export Promotion Council Chairman Ravi Sehga said the decline in exports in March was expected as major economies of the world moved in a state of lockdown, but April will be worse with only export of medicines and essential commodities taking place in the current month, the Mint reported.

Last week, The World Trade Organization (WTO) predicted the world merchandise trade to contract in the range of 13 to 32 per cent due to COVID-19 outbreak, and added that the unprecedented health emergency will inflict a bigger blow than the 2008-09 global financial crisis.

Sharad Kumar Saraf, president, Federation of Indian Export Organisations has said the Indian export sector has a bumpy road ahead with more than 50 per cent cancellation of orders, increasing bad loans, job losses and discouraging forecasts, the Mint reported.

The government should announce a relief package for the sector before it is too late, he said.

With shrinking markets, and major economies giving huge support to their exporters, Indian exporters will face difficulties as competition will be focussed mainly on prices, he added.