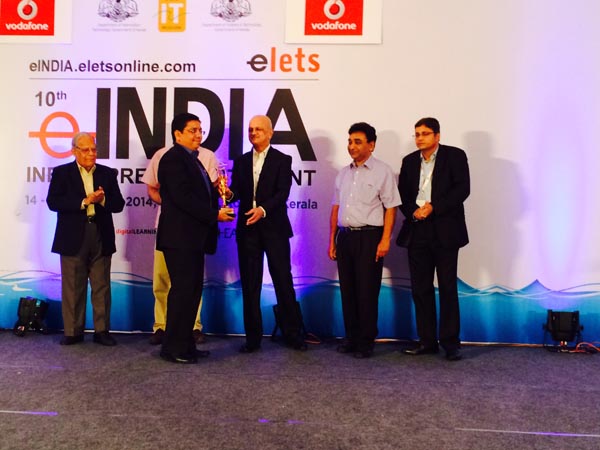 GIFT City is the recipient of “Innovative solution for Smart Cities”, an accolade that recognises stand-out organisational contributions in driving change through technology.

This conference was hosted by “e-LETS Technomedia”, India’s premier information and communication technology (ICT) event organization who works with various government and private agencies for promotion of e-Governance in various sectors across India and creating awareness about digital India .

The Conference was also attended by Kerala Chief Minister Oommen Chandi, Minister of IT & Industries state of Kerala P. K. Kuhalikutty, Principal Secretary IT, Govt of Kerala P.H.Kurian and many other senior I.A.S. officers, dignitaries from industry, civil society, academia and private sector.

“We are pleased to receive this award from the company which is working since last one decade to bring e-Governance across sectors and creating awareness about digital divide. This award recognizes our efforts in achieving the vision of GIFT City laid down by Hon’ble Prime Minister of India i.e. 'to tie up with technology, to create a hub complete with infrastructure, to meet the needs of modern India and to create a space in the global financial world," said Ramakant Jha, MD & Group CEO, GIFT City Co. Ltd.

“With Mr. Narendra Modi, Hon’ble Prime Minister of India laying a great emphasis on setting up 100 smart cities in India, GIFT City can lead by example in realising this vision”, added Jha.

There are two parts of GIFT City’s Command and Control Centre (C-4). The first part, platform, hosts all the Utilities and provides a complete view of the City Infrastructure. The second part is hosting CCTV Surveillance, Integration of IBMS of various buildings and tracking critical parameters like fire and safety, intelligent traffic management system and Public Addressing (PA) system for handling law and order in the City, the company said in a statement.