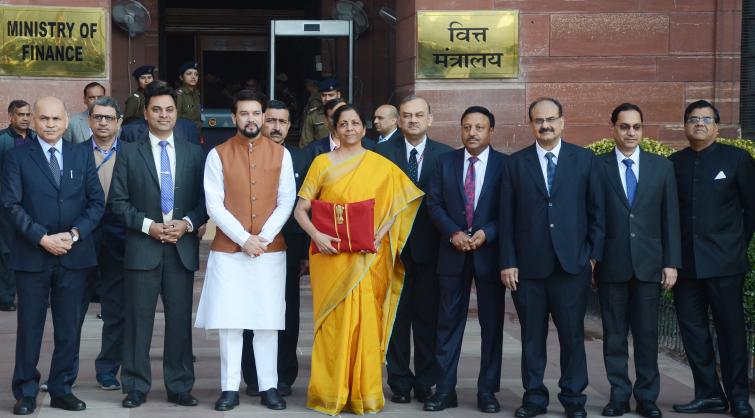 New Delhi/IBNS: To make India an attractive destination for both international and domestic tourists, Union Finance Minister Nirmala Sitharaman proposed to allocate Rs 2,500 crores in 2020-21 for the tourism sector.

In order to have well-trained resources in the disciplines of museology and archeology, the Finance Minister proposed to establish first Indian Institute of Heritage and Conservation with the status of a deemed university to operate under the Ministry of Culture.

She said, “Acquisition of knowledge in disciplines such as museology and archeology are essential for collecting and analysing scientific evidence of such findings and for dissemination through high quality museums.”

Highlighting improved tourism revenues due to better rank, the Finance Minister said, “India had moved up from rank 65 in 2014 to 34 in 2019 in the Travel & Tourism Competitive Index (World Economic Forum).” Due to this, she continued, “Foreign Exchange earnings grew 7.4% to Rs 1.88 lakh crores for the period January 2019 from Rs 1.75 lakh crores.”

In a major bid to revitalise tourism, Smt. Sitharaman proposed 8 new museums, which includes building infrastructure around 5 Iconic Sites, besides proposing renovation of 5 major museums across the length and breadth of India.

5 Archeological sites to be set-up/developed as Iconic Sites with on-site Museums at the following locations:

Maritime Museum to highlight Harappan Age at Lothal, Ahmedabad, by Ministry of Shipping

Indian Museum: Re-curation of the oldest museum in India as announced by Prime Minister Narendra Modi in January 2020.
Numismatics and Trade Museum to be located in the historic Old Mint Building

Recognising the role of States in the proposed scheme for growth and employment generation, Smt. Sitharaman said, “Growth of tourism directly relates to growth and employment. States have a critical role to play. I expect State Governments expected to develop a roadmap for certain identified destinations and formulate financial plans during 2021 against which specified grants will be made available to the States in 2020-21”.