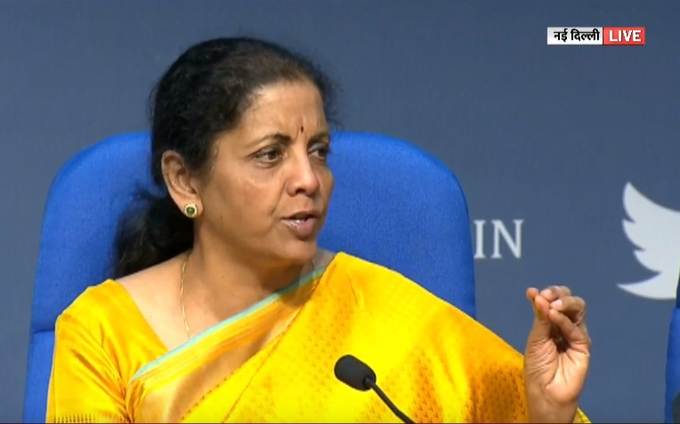 New Delhi/IBNS: Union Finance Minister Nirmala Sitharaman on Saturday said her government proposed to provide the middle-class taxpayers an optional regime in order to ensure that the money is placed in the hands of people and simplify the income tax process.

"We wanted to place money in the hands of the people, particularly the middle class and lower-middle classes," she during a press conference.

"We also wanted to simplify income tax process and increase compliance," she said.

Union Finance Minister Nirmala Sitharaman on Saturday presented a budget to boost the sagging economy offering middle class tax payers an optional regime that vastly reduces the rates while promising to infuse big money in the farm sector and infrastructure that included building of 100 new airports in the next few years. However, the stock market tanked as the FM continued her budget speech.

She also spelt out that the government will reduce its stake in the Life Insurance Corporation (LIC) of India by selling a part of its stake through an initial public offering (IPO), as part of its  disinvestment programme.

Dubbing the budget as one for Aspirational India, Economic Development For All and A Caring Society, she offered a relief for the tax payers by unveiling an optional tax regime for the middle class though with some catch.