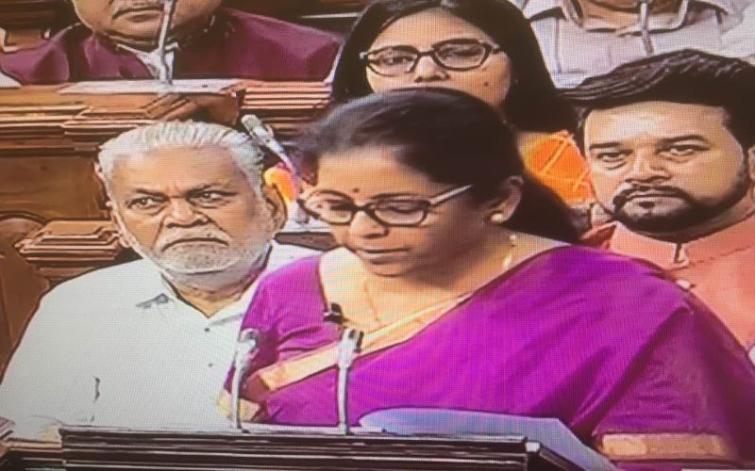 This will be her second budget since PM Narendra Modi-led government was formed for a second term after the Bharatiya Janata Party won the general elections last year.

This is the third Union Budget to be presented by the Centre within a span of a year.

As per tradition, Finance Minister @nsitharaman calls on President Kovind at Rashtrapati Bhavan before presenting the Union Budget. pic.twitter.com/JLEbSxNhAe

Meanwhile, Sitharaman met President Ram Nath Kovind ahead of presetation of the budget.

The growth in the next fiscal year beginning on Apr 1 is predicted at 6 per cent to 6.5% as Union Finance Minister Nirmala Sitharaman tabled the Economic Survey on the first day of budget session in Parliament on Friday.

The Economic Survery, which was released by Chief Economic Adviser (CEA) Dr. Krishnamurthy Subramanian, is a government report on the economic state in last one year and the government's anticipation for the next year.

Sitharaman will be presenting the annual budget on Feb 1.

The budget session will continue till Apr 3 with a recess between Feb 11 and Mar 2.

Addressing media before the commencement of the budget session, Modi on Friday said the session should be centred mostly on nation's and world's economy.

"The session should be centred on economy and how India can derive benefits from the current situation of world economy. The session should focus in strengthening the country's economy," said the Prime Minister.

Also he added in saying, "We hope economic issues and how people can be empowered will be discussed in this session."