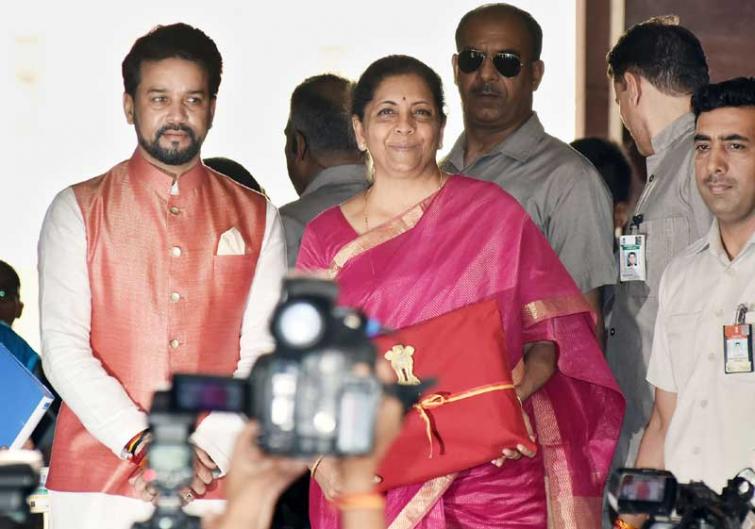 New Delhi/UNI: With 11 days to go for the presentation of Union Budget 2020-21 in Parliament, the customary `Halwa' ceremony was held at the North Block headquarters of the Union Finance Ministry here on Monday.

The ceremony, marking the beginning of printing of documents relating to this year's Union Budget, was attended by Union Finance Minister Nirmala Sitharaman, Minister of State for Finance Anurag Thakur and senior officials of the ministry.

Every year ahead of Budget presentation, the government follows the tradition of hosting a `halwa' ceremony.

The `halwa' is prepared in a large vessel and is served to the officers and support staff of the Finance ministry involved directly in Budget preparation.

Usually, the Finance Minister presides over the ceremony. The officials are then involved in the printing process and utmost secrecy is maintained till the exercise gets completed. The officials are completely cut off from outside world.

“The Union Finance Minister, Smt. @nsitharaman presided over #HalwaCeremony today at North Block to mark the beginning of printing of #Budget2020 documents. MoS Shri @ianuragthakur was also present besides senior @FinMinIndia officials,” the Finance Ministry said in a tweet.

Sitharaman will present her second Union Budget on Feb 1.

The Budget session of the Parliament will begin on Jan 31 with address to the joint sitting by the President Ram Nath Kovind.

Chief Economic Adviser KV Subramanian is likely to table the Economic Survey in Parliament on January 31.