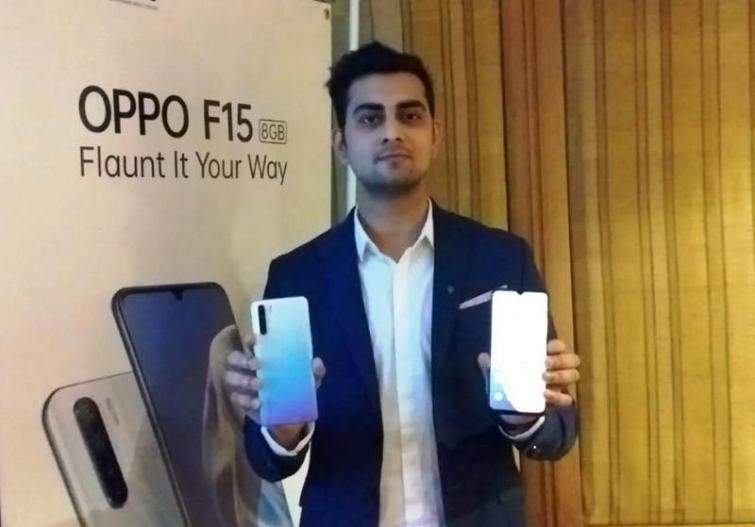 It is the latest addition to the company's F series smartphones.

The sleek designed phone is just 7.9 mm in thickness.

It has a weight of 172 grams. The phone is equipped with 48 MP Ultra Wide-Angle Macro Quadcam setup, offering 'impressive' photography experience to users.

The device will be available for sale from Jan 24 across online and offline stores.

It will be available in 2 colours- Unicorn White and Lightening Black.

Commenting on the launch, Sumit Walia, Vice President, Product and Marketing, Oppo India said: "The Oppo F15 will introduce not only a new level of fun, creativity, sped but also an unparalleled stylish design. We believe it will appeal to the young customers who want most out of their smartphone."

On the issue of competition, he said: "We compete with ourselves. We do everything keeping in mind what will be best for our customers."

Oppo said the company witnessed a year-on-year growth of 72.68 percent in West Bengal and holds a market share of 13.5 percent as of October. 2019.

In Kolkata, the company said it witnessed a year-on-year growth of 59.99 percent. The market share of the company is 12.9 percent during the same period.

(Reporting and Image by Supriyo Hazra)