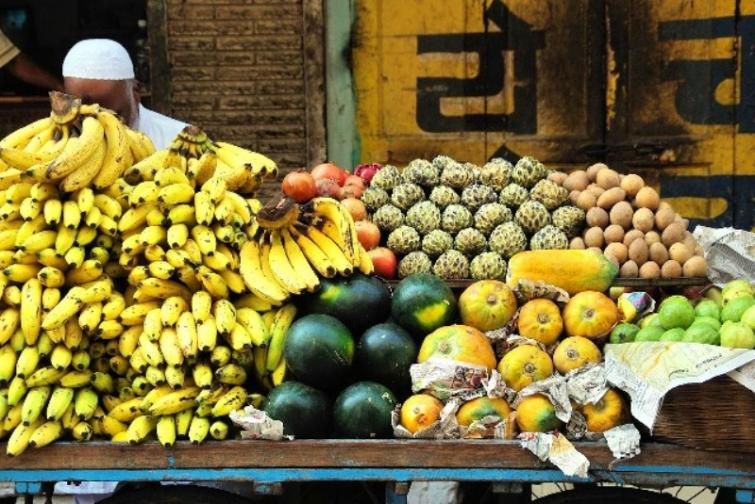 Retail inflation in India rises to 4.62 per cent in Oct

New Delhi/UNI: Driven by high food prices, India's retail inflation increased to 4.62 per cent in October, according to government data released on Wednesday.

The inflation based on Consumer Price Index was 3.99 per cent in September and 3.38 per cent in October 2018.

Inflation rate in cereals and products stood at - 2.16 per cent while Food and Beverages at -6.93 per cent, according to the National Statistical Office (NSO) in Ministry of Statistics and Programme Implementation which is released CPI (Rural, Urban, Combined) for October 2019.

The inflation rate of pan, tobacco and intoxicants at 3.92 per cent while clothing and footwear at -1.65 per cent and Housing at 4.58 per cent.

Pulses and products recorded inflation of 11.72 per cent in October while fuel and lights at -2.02 per cent.

Among several measures taken, Finance Minister Nirmala Sitharaman in September had announced a cut in corporate tax rates, bringing it down to 22 per cent from 30 per cent for existing companies, and to 15 per cent from 25 percent for new manufacturing companies.

To boost growth, the Reserve Bank of India in October slashed the primary lending rate by 25 basis points to 5.15 per cent.