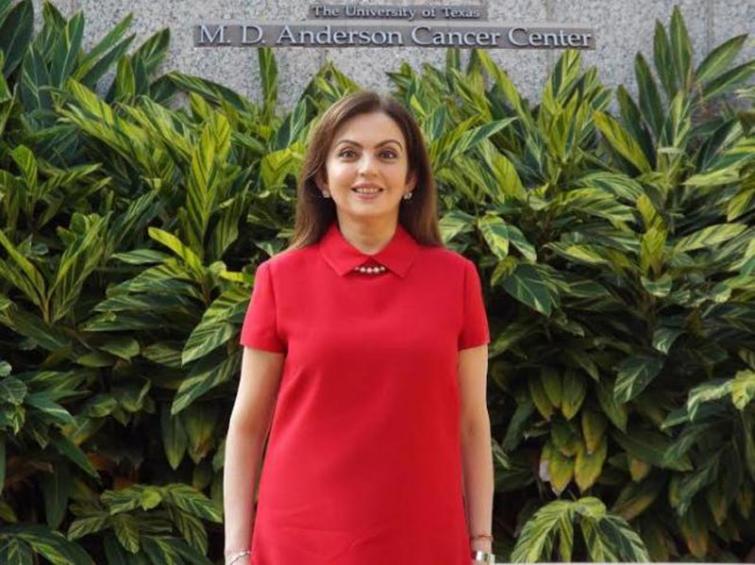 Nita Ambani elected to board of Metropolitan Museum of Art

Mumbai/UNI: Nita Ambani, educationist, philanthropist and wife of Reliance Industries Chairman Mukesh Ambani has been named an Honorary Trustee of The Metropolitan Museum of Art.

News was announced on Wednesday by Museum's Chairman Daniel Brodsky.

'Ms Ambani’s commitment to The Met and to preserving and promoting India’s art and culture is truly exceptional. Her support has an enormous impact on the Museum’s ability to study and display art from every corner of the world. It is a pleasure to welcome Nita Ambani to the Board', a release said.

Nita Ambani said, 'It has been deeply rewarding for me over the past several years to support The Metropolitan Museum of Art in its desire to expand and enhance its program of exhibiting the arts of India.

I have been moved and impressed by The Met’s keen interest, which enables our commitment to seeing Indian art and culture represented on the global platform. This great distinction inspires me to redouble my efforts on behalf of India’s heritage, from the ancient to the contemporary.'