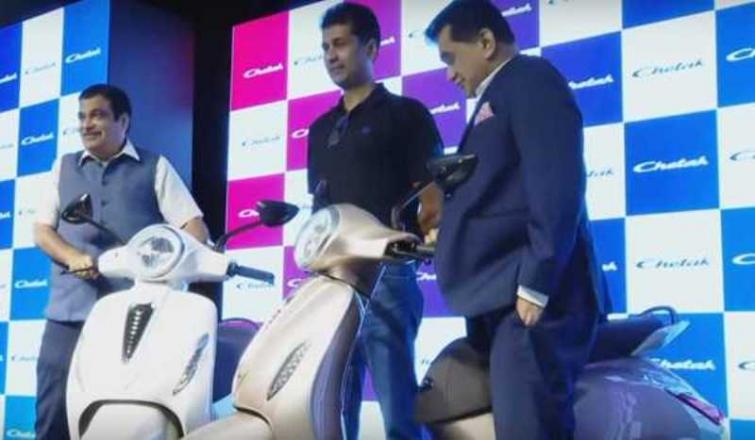 Panaji/UNI: Bajaj Auto, an Indian global two-wheeler company, presented all new Chetak in an electric avatar in the city on Friday.

The new Chetak was poised to lead electric vehicle adoption and transformation in India and across the world for a better ‘Hamara Kal’.

He informed that the two wheeler was unveiled unveiled in New Delhi on October 16, 2019 and to commemorate the event, the Chetak Electric Yatra was flagged off by Minister for Road Transport and Highways Nitin Gadkari.

He said riders on 20 Chetaks would travel approximately 3000 km through North and Western India to finally reach Pune.

They had already travelled from Delhi to Jaipur, Udaipur, The Chetak Samarak in Chittorgarh, Ahmedabad and Mumbai before reaching Goa on November 7, 2019.

The fourth leg of the “Chetak Electric Yatra” was flagged off by Mr Vas. Post Goa the Yatra would go on to other major cities on route and then finally reach Pune, he said.

Mr Vas said the two wheeler would be manufactured at Bajaj's manufacturing factory in Pune. However, he did not reveal much about number of units to be produced.